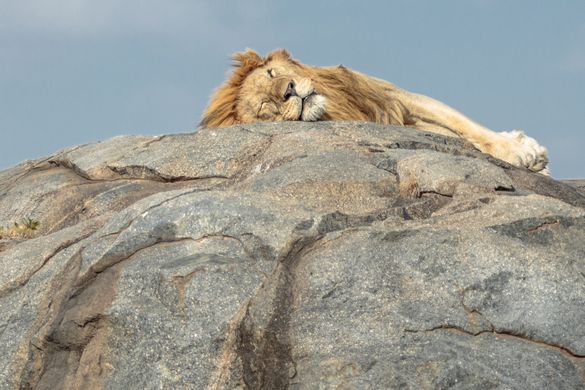 Specialist tour operator and British Travel Awards nominee*, Acacia Africa has completed a detailed analysis of all website activity (Acacia offering the option to search by country, budget, length of tour and more) over a three month period to create its Safari Wishlist. Including the top 10 most popular safari destinations*, the results are somewhat of a surprise, Namibia shooting up the charts and stealing the top spot from odds-on favourites Tanzania and Botswana.

Arno Delport, Sales & Marketing Manager at Acacia Africa comments, “Namibia might not be in the same league as Tanzania or Botswana (these destinations taking second and third place) when it comes to the density of the wildlife, but it’s an all-rounder if we’re talking about incredible journeys or safaris. Combine a whole eight months of 24/7 game viewing in Etosha National Park with an almost endless list of adrenaline activities in the adventure capital of Swakopmund, add in a few impressive larger than life landmarks like the Fish River River Canyon (the second largest canyon in the world) and you have the recipe for an amazing adventure. It’s also one of the best places to spot the cheetah, the world’s fastest land mammal, so if you haven’t already, get Namibia on your Africa wishlist.”

NAMIBIA, THE SURPRISE CONTENDER: Visit Namibia on Acacia’s 19-day Desert Tracker, the itinerary including a canoe safari on the Orange River, a visit to the Fish River Canyon, dune trekking in the Namib Naukluft National Park, optional adrenaline activities in Swakopmund, camping at Spitzkoppe and exceptional game viewing from the overland truck at Etosha – the floodlit waterholes at the Okaukuejo campsite winning the national park a place on Digital Camera World magazine’s list of ’10 ultimate locations for wildlife photographers.’ From £1,395pp (no single supplement) + Adventure Pass from £390pp including transport, camping accommodation, most meals, all highlights and services of a tour leader/driver. The tour also stops in South Africa, Botswana and Zambia.

ZAMBIA, THE UP AND COMER: Another destination worthy of note, Zambia took sixth place. While the country isn’t usually the first choice for safari goers, it is growing in popularity with Acacia’s travellers, its parks and reserves known for their spectacular game sightings (see the latest post from IG @thecuckooproject), and the country employing some of the best guides in Africa.  Ranked as one of top 10 safest countries in the world* to visit during 2018, and with the wildlife about to be restocked in five of its national parks, there is every reason to add Zambia to your dream Africa trip. Visit Livingstone, Lusaka and the South Luangwa National Park on the 21-day East African Explorer. Don’t miss out on a thrilling walking safari to view white rhino in the Mosi-oa-Tunya National Park, a large number of animals packed into its small area, including elephant, buffalo, zebra and giraffe. From £1,685pp (no single supplement) + Adventure Pass from £840pp including transport, camping accommodation, most meals and services of a tour guide/driver.

BOTSWANA, AN ECO-PARADISE: Careful to conserve its wildlife and the natural environment, Botswana exemplifies everything eco-tourism should be, which is why the country retains its status as a first-class safari destination and second place on Acacia’s safari wishlist.  Holidays here often come with a hefty price tag, but with Acacia you can safari in the ‘Gem of Africa’ on a shoestring. The tour operator’s 14-day Southern Africa Magic small group safari tour is a favourite with adventurous teens – poling your own mokoro across the Okavango Delta, having the witch doctor throw bones on a visit to a local Tswana village and game drives in the Khama Rhino Sanctuary popular activities. The tour also makes stops in South Africa and Zimbabwe. From £1,495pp (two sharing) + Safari Pass from £1,200pp including transport, accommodation (12-nights twin share chalets and guest houses with en-suite facilities, one-night pre-erected tent with en-suite facilities), most meals and services of a tour guide/driver. Acacia accepts families on its escorted small group safaris and adventurers from eight years.

KENYA & THE GREATEST WILDLIFE SHOW ON EARTH: Kenya took fifth place, but say’s Acacia, its position is likely to change, Obama’s recent visit and the newly launched Twin Migration campaign which will partly promote the wildebeest migration (July through October) in Maasai Mara helping to boost the country’s ranking. Acacia’s camping and accommodated overland tours and small group safaris could still get you to the main event, and with cash to spare, so reserve a front row seat to the animal action and book the four-day Maasai & Nakuru Discovery small group safari from £680pp (two sharing) + Safari Pass from £470pp including transport, accommodation (two nights twin share permanent tents with en-suite facilities, beds and bedding, one night tourist class hotel with en-suite facilities) most meals and service of a tour leader/driver.

All prices exclude return flight as Acacia is land only. Independent flight prices on request.  Year-round departures. Acacia Africa’s Camping and Accommodated Overland tours are strictly targeted at travellers aged 18-39 years. The tour operator’s small group safaris are open to travellers from eight years, as are many of Acacia’s Short Safaris & Treks and City Breaks & Short Stays. Acacia offers escorted small group tours, families travelling with other guests including singles and couples. A budget operator, prices for children and adults are the same.

Acacia Africa’s Safari Wishlist: Results collated from a detailed analysis of all website activity over a three month period at acacia-africa.com

* Earlier this year, Acacia Africa was nominated for the award of Best Escorted Adventure Holiday Company in the prestigious 2018 British Travel Awards (BTAs). The winners will be determined by the consumer, who has until 30 September to cast their vote, with the successful companies announced at the BTA Gala Awards Dinner, being held in London on 28 November 2018. The awards aim to reflect the opinions and attitudes of consumers who purchase holidays and travel services from companies featured in the UK travel and tourism sector. Voting is open to all nationalities and is not restricted to UK residents. Vote here…