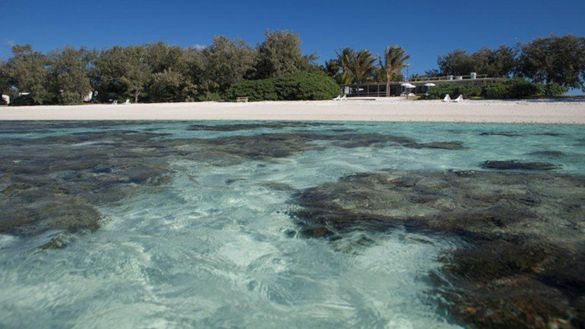 Leading Australasia specialist, Austravel, has highlighted its pick of what’s happening across Australia in 2020.

Great Southern is a new two- or three-night rail journey between Adelaide and Brisbane that launched in December 2019. Travellers can sit back and enjoy the scenery, from buzzing Brisbane along the rugged coastline to Adelaide, or vice-versa. Guests will have a private cabin to relax in during the day which converts into either a single-berth or bunk-bedded twin cabin at night. Meals are served in the Queen Adelaide dining carriage and are accompanied by Australian wines

Austravel (www.austravel.com, 0808 250 4889) has a 15-day Rail Discovery Adelaide to Brisbane & Beyond starting from £3,699 per person, including international flights, three nights’ full board on the train with off train experiences and accommodation in Adelaide and Brisbane.

Lady Elliot Island, on the southern end of the Great Barrier Reef, has been developing its accommodation since 2005 in order to be 100% energy efficient by 2020. The resort has greatly reduced energy consumption and carbon emissions by introducing a combination of solar and gas technology, water desalination and various other strategic adaptations. A dedicated Climate Change trail around the island has also been developed to highlight the impact that climate change has on the fragile coral cay ecosystem.

Moored offshore at Hardy Reef in the Great Barrier Reef – 40 nautical miles from Airlie Beach – is the Reefsuites, Australia’s first underwater accommodation. Opened on 1 December 2019, guests can watch the reef come to life through floor to ceiling windows in each submerged room giving a whole new meaning to ‘a room with a view’. If visitors want to get even closer to the marine life they can snorkel, dive and swim. There is also an opportunity to take a scenic helicopter flight to see the famous Heart Reef from the air.

Austravel (www.austravel.com, 0808 250 4889) offers an overnight stay in an underwater Reefsuite starting from £499 per person, based on two people sharing.

In October 2019, Lonely Planet ranked Lord Howe Island – an island in the Tasman Sea equidistant between Australia and New Zealand – as the fifth ‘top region in the world for 2020’. The tiny volcanic island is known for its white sand beaches, sub-tropical forests and coral-filled waters. Lonely Planet also praised the island for being a ‘shining example of sustainably managed tourism’, as it allows just 400 visitors at any one time.

Austravel (www.austravel.com, 0808 250 4889) has a five-day Lord Howe Island Extension starting from £2,899 per person including domestic flights from Sydney, transfers and half-board accommodation at the five-star Capella Lodge.

Taronga Zoo is an immersive, authentic Australian experience, only 15 minutes from Sydney’s centre. In 2019 they launched a new Wildlife Retreat, offering luxury sleepovers with exclusive wildlife encounters. The unique sanctuary is an elegantly designed eco-retreat, nestled within the Zoo. For guests wanting a more rustic option they can choose ‘Roar and Snore’, which allows guests to stay in safari-style accommodation, offering intimate animal encounters, fascinating keeper talks and delicious regional food.  Taronga has been very involved in several emergency response operations, helping to save wildlife from the bushfires and droughts by providing emergency shelter, medical care and rehabilitation for displaced and injured wildlife.

The Australian government has announced a variety of different activities to mark the anniversary of James Cook’s first voyage to Australia and the Pacific in 1770, including a range of reflective exhibitions, activities and events at the National Library of Australia, the Australian National Maritime Museum and the National Museum of Australia. One year-round attraction dedicated to the explorer is Cooks Cottage in Melbourne’s Fitzroy Gardens. Originally built in Yorkshire by Cook’s parents, the cottage was brought to Melbourne in 1934. Each brick was individually numbered, packed into barrels and then shipped to Australia. Ironically, it is Australia’s oldest building.

Austravel (www.austravel.com, 0808 250 4889) has a 22-day Australian Escape self-drive tour taking in the highlights of Melbourne and Sydney, and the spectacular Great Ocean Road and the Grampian Mountains starting from £3,195 per person, including international flights, accommodation and 15 days’ car hire. Other excursions and inclusions as specified.

The Budj Bim Cultural Landscape in south west Victoria became the first Australian site to be recognised on the UNESCO World Heritage List exclusively for its Aboriginal cultural values. The site is located along the Great Ocean Road and includes a sophisticated aquaculture system spanning nearly 100 sq km, which has been developed for over 6,600 years by the Gunditjmara people. The Gunditjmara people have worked closely with the Victoria and Australian governments over the past five years to secure the world heritage listing, which they were finally awarded in July 2019.

Last year, Australian-born TV chef and presenter, John Torode, took on the role of APT Ambassador in the Kimberley for two years. For UK travellers the Kimberley is widely unknown, so the partnership with the well-known TV personality will showcase Australia’s hidden gem. The vast cinematic landscape is known as ‘Australia’s final frontier’ due to its largely untouched landscapes that are filled with dramatic gorges, winding caves, powerful waterfalls, a rich indigenous culture and ancient rock art.