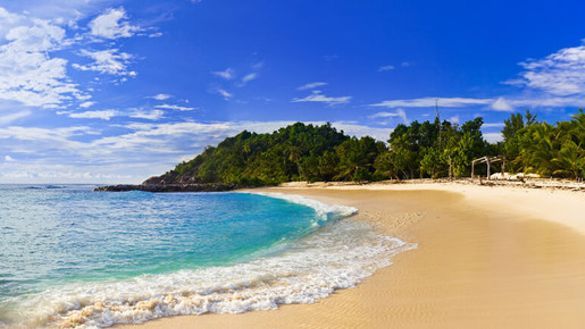 Research conducted by On the Beach, the UK’s leading beach holiday specialist, has revealed the Turkish region of Antalya as the best value destination for sun-seekers looking to relax and unwind on Europe’s finest Blue Flag beaches.

A Blue Flag beach award is recognised as the gold standard for beaches and is awarded to those beaches which meet its strict criteria. A beach which has been awarded Blue Flag status indicates that beachgoers can not only expect a clean beach, but also safe beach and clean water for swimming.

The research conducted by On the Beach revealed the ever-popular Turkish region of Antalya, which has a whopping 194 Blue Flag beaches, offers the ultimate value for money for those looking for the perfect beach holiday destination. Holidays to Turkey are more affordable than ever, as hoteliers attempt to attract more British holidaymakers to its shores, with further research revealing that 4* hotels in the sun-kissed region are available from just £122 per week** this year.

Alan Harding, Marketing Director at On the Beach comments:

“There are thousands of glorious beaches across Europe and our research has revealed which destinations offer the very best value in terms of beach quality. Whilst Spain has more Blue Flag beaches than any other country overall, Antalya and its surrounding resorts – such as Belek and Side, is home to more Blue Flag beaches than any other single destination and offers phenomenal value in terms of accommodation.”

About On the Beach

Founded in 2004 and listed on the London Stock Exchange in 2015, On the Beach is the UK’s leading beach holiday specialist.  With more than 60 million website visitors this year, over 1.5 million customers found, booked and enjoyed their perfect On the Beach holiday. Book online at www.onthebeach.co.uk, or by calling the UK call centre on 0871 474 3000.