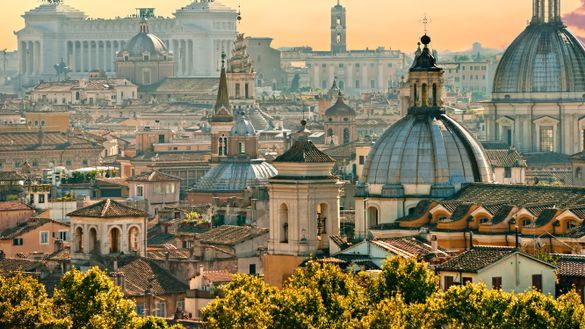 Citalia, the leading Italian travel specialist, reveals its top Italian destinations for the new year and why travellers should be considering these destinations when choosing their next holiday.

From city adventures in Florence, Milan, and Naples to cultural explorations in Pompeii and Parma and renowned gastronomy experiences throughout the whole of the country, Citalia provides extraordinary experiences across the country.

Highlights for Italy 2020 include the 500th anniversary of the death of Renaissance master, Raphael; the 100th anniversary of the birth of Italy’s most celebrated filmmaker, Federico Fellini, Parma spotlighted as the Italian Capital of Culture; and a variety of new itineraries in northern and southern Italy launched by Citalia for 2020.

The full details of all the tours are:

The Majesty of the Italian Lakes is a new small escorted tour for 2020. This tour explores the spectacular lakes of northern Italy and their historic towns. Travellers can take a private boat that visits the Borromean Islands on Lake Maggiore and a journey on the Centovalli train to the lake’s Swiss side – considered one of the world’s most spectacular rail vistas. The glamourous Lake Como is visited next, home to historic villas and quaint lake side towns, along with the metropolitan city of Milan. Time is also spent exploring Lake Garda and the historic Verona.

Citalia (01293 831 970, www.citalia.com) is offering its ten-day Majesty of the Italian Lakes small escorted tour from £2,690 per person, including flights from London, transfers, accommodation on a bed and breakfast basis and activities as specified.

Citalia’s Jewels of Southern Italy small escorted group tour takes travellers from the historic city of Naples, through the Roman ruins of Pompeii to the chic Amalfi Coast. Travellers will spend their days immersed in Greek and Roman history, taking in the spectacular views of the Gulf of Naples and the coastline as well as some authentic locally grown delicacies. History lovers will be spoilt for choice, while the modern culture and cosmopolitan areas of southern Italy can also be explored.

Citalia (01293 831 970, www.citalia.com) is offering its seven-night Jewels of Southern Italy small escorted tour from £1,795 per person, including flights from London, transfers, accommodation on a bed and breakfast basis and activities as specified.

2020 will see the 500th anniversary of the death of Renaissance master, Raphael with a series of special exhibitions taking place across Italy. Citalia recommends art lovers to celebrate Raphael’s life and work by taking a trip to Florence and Rome to see the same streets and landscapes he painted, as well as visit a major exhibition of Raphael’s work at the Scuderie del Quirinale in Rome from 5 March – 14 June.

Rimini, an authentic Italian town, on the Adriatic coast, is the hometown of Italy’s most celebrated and distinctive filmmaker, Federico Fellini, who directed the classics, Roma and La Dolce Vita. This Italian city influenced Fellini’s artistic brilliance with architectural treasures of the city featuring heavily in his films. Fellini, however, spent the greater part of his life living in Rome, which is where the majority of his films were directed. 2020 sees the 100th anniversary of the birth of Fellini and Citalia invites culture enthusiasts to explore both cities, marvel at their historic sights which featured in Fellini’s film, such as the Trevi Fountain, enjoy the lively entertainment scene, and identify the Felliniesque-nature which surrounds both these Italian cities.

Citalia (01293 831 970, www.citalia.com) is offering a three-night stay at the four-star Starhotels Metropole in Rome from £399 per person. The price includes return flights from London Heathrow with British Airways, transfers and accommodation with breakfast daily. A two-hour Rome by Night tour to see the city’s iconic sights associated with his films can be arranged for an additional £49 per person.

Alternatively, Citalia (01293 831 970, www.citalia.com) is offering a twin centre seven-night holiday to Rimini and Rome from £915 per person including flights from London Heathrow with British Airways, transfers and breakfast daily. The holiday includes three nights at the four-star Cristallo in Rimini, and four nights at the four-star Ariston in Rome, both on a bed and breakfast basis.

PARMA IS ITALY’S CAPITAL OF CULTURE 2020

Parma is a city in Italy’s northern region and is best known for its Parmesan cheese and Parma ham. However, this northern Italian city has a new claim to fame as it has been named Italy’s Capital of Culture for 2020. It is not surprising that Parma has gained this title considering the capital’s legacy for gastronomy, art and architecture.

Parma is home to the country’s finest artisan, producers of world-renowned prosciutto, salami, cheese and porcini mushrooms. It boasts fantastic interior frescos, decorated facades and beautiful arched walkways and is rich in art, hosting various art exhibitions throughout the year.

Citalia (01293 831 970, www.citalia.com) is offering three nights’ room only at the four-star Hotel City in Parma from £375 per person including return flights from London Heathrow with British Airways.

If you have more than one destination in mind, train holidays in Italy provide a relaxed and scenic way to get around the country and see its many sights. Italy’s modern high-speed rail network links the major cities and offer some of the most picturesque journeys. Last year Citalia booked over 3000 customers to travel through Italy by rail. Train holidays offer a more sustainable way to travel than by air and with green travel trending as a travel theme of 2019 and set to be on everyone’s radar for 2020, train holidays are the ideal way to explore. Almost a third of all rail bookings with Citalia in 2019 included the journey from Rome to Naples

Citalia’s train experts have created a bespoke itinerary that showcases that best of Venice, Verona & Lake Garda. This romantic eight-night break takes travellers to some of the most enchanting locations in north-eastern Italy from the canals of Venice to the breath-taking natural beauty of Lake Garda, with a visit to the quaint town of Verona.

For city lovers, Citalia are also offering a multi-centre trip to visit the three biggest stars of Italy. The ten-day tour starts on the waters of romantic Venice before heading to the art lover’s delight, Florence and ending in the Eternal City of Rome. Hitting these cultural highlights all by rail travel, travellers can enjoy the comfort able high-speed trains as they travel across the country.

Citalia is the leading Italian specialist, tailor making holidays to Italy since 1929. It prides itself on its passion and expertise and is renowned for offering the highest levels of service and unparalleled knowledge from its experienced Italy Experts.

Its passion for the country earned the brand the gold title of ‘Best Tour Operator to the Italian Peninsula’ for six consecutive years at the prestigious British Travel Awards. From mid-range properties to some of Italy’s finest hotels, customers have the flexibility to tailor-make their own authentic Italian experience, be it on a city break, beach stay, multi-centre, rail or self-drive holiday. Citalia’s longstanding relationships with Italian hoteliers allow it to constantly source the latest special and exclusive offers to bring its customers the best value for money.

Citalia is part of Travelopia, the world’s largest collection of specialist travel brands officially formed in 2016, and is fully ABTA, IATA and ATOL bonded.