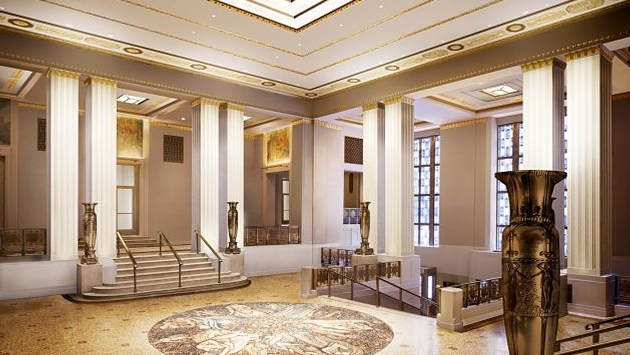 Scoring a bargain at Costco is hardly a new development.

However, the discount warehouse giant’s recent move into offering luxury hotel bookings for as much as 20 to 30 percent off, is definitely a noteworthy addition to the travel deals that have long been up for grabs.

The Wall Street Journal recently reported Costco Travel now offers discounts on a variety of well-known and extremely pricey luxury properties including the Waldorf Astoria, Fairmont and the Park Hyatt.

In order to access the deals, you must, of course, be a Costco member, which will set you back about $60. Once that hurdle is cleared, you have full access to booking these properties on the big-box giant’s travel website.

The new offering is something of a departure from travel experiences Costco has traditionally offered, to such places a Disney World, all-inclusive beach resorts in Mexico and the ever popular cruise vacations.

Historically, Costco has also provided bundled travel packages that include hotel, car, and airfare. That too has changed. Costco now offers a hotel-only portion of its travel website.

As for the newly added luxury properties, the deals vary based on destination and dates of travel.

Chris Hendrix, who heads up the company’s travel buying division, told The Wall Street Journal that Costco members save 10 percent to 30 percent off the rates the hotels charge on their own sites.

Both The Wall Street Journal and Business Insider put that claim to the test, shopping on Costco Travel’s site as well as on Priceline.com and Expedia (in the case of Business Insider) to see just how much cheaper the luxe hotels were listed for.

The Wall Street Journal found a one-week stay in June at the Park Hyatt New York for just over $5,000 for two people through Costco Travel. That price was 10 percent less than the cost on the hotel’s own website and seven percent cheaper than the cost on Priceline.com.

During its research, Business Insider found that while the Costco Travel site definitely offered significant savings to members in some cases (as much as 20 percent), its prices on luxury hotels were not always cheaper. On occasion, Priceline had better deals. In other instances, the price difference between Costco Travel and Expedia or Priceline was merely a few dollars.