↓
Home→EUROPE→Austria→Discover Some of Europe’s Best Parks 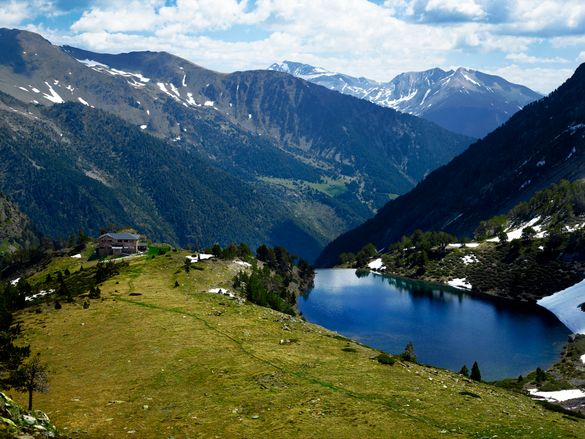 European Day of Parks on 24th May aims to raise the profile of European parks whilst spreading awareness for their conservation and sustainable management.

From a biosphere reserve in Menorca to a national park built on sand dunes in the heart of the Netherlands, the selection of European parks below aims to provide inspiration for those that want to explore more green spaces once the travel restrictions are lifted.

TWIN A MAGICAL ADVENTURE WITH NATURE AT EFTELING

Efteling, the fairytale theme park in the south of Holland, is ideal for families reuniting after months of lockdown. The park is home to a range of attractions – from white-knuckle roller coasters to gentler scenes at The Fairytale Forest. Visitors can stay in the heart of nature at Holiday Village Efteling Loonsche Land which is connected to a nature district comprising 123 acres of wood, heather and dunes as well as an 120 year old giant red beach tree.

Opposite Loonsche Land is the National Park de Loonse en Drunense Duinen (the Dunes of Loon and Drunen National Park) – one of the Netherlands biggest natural areas and the largest sand drift area in western Europe, comprising sand dunes that were formed around 10,000 years ago. Families can take part in a range of excursions, from animal spotting to discovering Second World War history at the spot where the German army blew up their ammunition depot. There’s also an on-site café, restaurant and plenty of picnic spaces.

A six-person holiday house at Holiday Village Efteling Loonsche Land is priced from £515 based on a family of four staying from 12th-14th October 2020.

Nestled in between France and Spain, the principality of Andorra is home to three spectacular nature parks and the highest concentration of protected areas in the world with 90% of the total land mass covered in forest. The Valles de Comapedrosa, comprising Andorra’s highest peak the Comapedrosa at 2,942m, offers rugged terrain and challenging hiking to reach breath-taking views of Andorra as well as neighbouring France and Spain. The Valle del Sorteny is the smallest of the three parks but is rich in biodiversity with over 700 species of flora and fauna – with some unique to the Pyrenees. The Madriu-Perafita-Claror nature park covers 10% of the total surface area of the country. It is a glacial valley and UNESCO declared World Heritage site due to ancient forges which are reminders of the high Pyrenean mountain resources used by the inhabitants of Andorra for more than 700 years.

Andorra’s tiny size means visitors can easily discover all three nature parks during their break in Andorra – with walking and cycling routes suitable for all abilities available to download online. Keen hikers can even stay in the nature parks in traditional Andorran mountain huts, or refuges, or stay in the hotels in nearby villages.

DELVE INTO THE NATURAL PARADISE OF THE MENORCA BIOSPHERE RESERVE

Menorca is one of the best-preserved natural areas in the whole of the Mediterranean. The island was recognised by UNESCO as a natural biosphere reserve in 1993, thanks to its impressive biodiversity, richness of flora and fauna and the quality of the rural landscape and archaeological heritage. Despite its size, Menorca is home to nearly 220 species of birds and 1,000 species of plants, 60 of which are endemic.

Visitors to Menorca can delve into its natural offering by exploring it through the island’s multiple walking routes. One of these trails, Camí de Cavalls is a historic path running around the entire coastline of the island. Thanks to investment from the Sustainable Tourism Tax, the path has recently been improved with new footpaths and traditional stone hedges allowing visitors to circumnavigate the island and enjoy the Menorcan peaceful environment even more comfortably.

At Ibiza’s Ses Salines Natural Park, visitors can experience the natural beauty and tranquility of the island’s ‘other side’, with salt flats, beaches, coves, wetlands, dunes and forest. One of the jewels of the natural park is the defence tower, Sal Rossa Watchtower, which was built in the 16th century to defend salt cargo boats as well as protect the inhabitants of Ibiza from pirate attacks. From here, visitors can go to the hill behind the watchtower for spectacular panoramic views of Playa d’en Bossa. Between August and October, keen bird watchers and photographers can spot hundreds of flamingos arriving to the park to spend winter on the island or rest before moving to warmer islands. Guests can stroll along the Es Cavallet beach and Sas Salines beach to soak up the summer sun before visiting the traditional small villages, such as Sant Francesc de S’Estany and Sa Canal, located towards the end of the natural park, which are a nod to the history of the salt industry and its employees.

The five-star Grand Palladium White Island Resort & Spa is located at the far end of Playa d’en Bossa, right next to the entrance to the park. Guests can experience the different sides to Ibiza, with the beautiful natural park and the best of Ibiza’s nightlife.