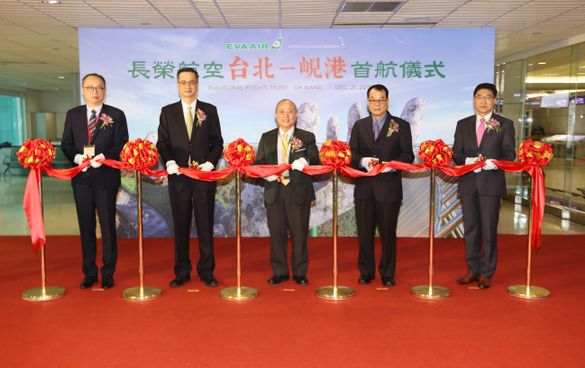 EVA Air, Taiwan’s leading independent airline, has launched a daily nonstop flight between Taipei and Da Nang, starting on 21 Dec, 2019. The airline will serve the route with an Airbus A321-200 configured for 184 passengers with 8 in Business class and 176 in Economy class. The new route will give passengers greater itinerary flexibility and more convenient access to the largest city in central Vietnam via easy, one-stop connections through Taipei.

Da Nang marks the halfway point between Hanoi, Vietnam’s capital in the north, and Ho Chi Minh City in the south and is the fourth largest city in Vietnam. Da Nang offers white sandy beaches, crystal blue water and a beautiful coastline. “Forbes” readers voted its beach one of the six most beautiful in the world and “National Geographic Magazine” identified it among the “50 Places of a Lifetime: The World’s Greatest Destinations”. Da Nang is also the centre point in the middle of three UNESCO World Heritage sites, the Hue Citadel, the ancient trading center of Hoi An and My Son Sanctuary, making all of these locations easily accessible via one destination. Visitors will find numerous attractions in and near Da Nang to love.

EVA Air is a Star Alliance member and one of only 10 SKYTRAX-rated 5-Star airlines worldwide. Readers voted it one of Travel + Leisure’s World’s Best “Top 10 International Airlines” and TripAdvisor awarded it top spots in five categories in its annual Travelers’ Choice Awards for Airlines. The carrier was established in 1989 as Taiwan’s first privately owned international airline. It is part of the respected Evergreen Group and a sister company to global container-shipping leader Evergreen Line. It flies a fleet of more than 80 Boeing and Airbus aircraft to over 60 international destinations throughout Asia, Oceania, Europe and North America where gateways are Chicago, Houston, Los Angeles, New York, San Francisco, Seattle, Toronto and Vancouver. Travellers can learn more about EVA and schedule, book and buy tickets at www.evaair.com.