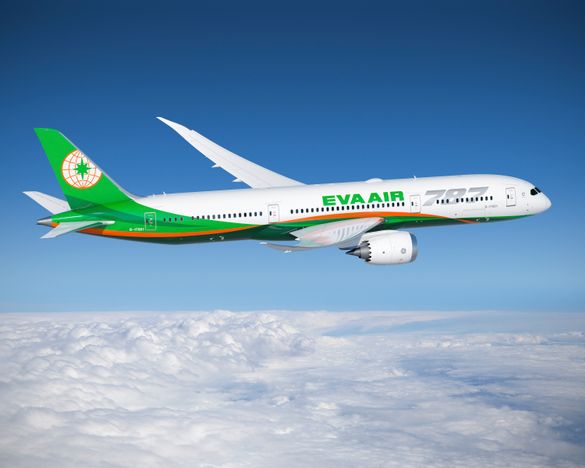 EVA Air, Taiwan’s leading independent airline, has announced it will be expanding its Japan services in 2019, with the addition of three new destinations. Complementing the eight gateways the airline currently serves, EVA Air will initiate flights from Taipei’s Taoyuan International Airport to Japan’s airports in Nagoya, Aomori and Matsuyama. Subject to government approvals, the initiation of these services will begin in Q2 2019 and continue into Q3 2019.

During the third quarter of 2019, EVA Air will introduce services from Taipei to Aomori and Matsuyama. At the same time, the airline will increase its capacity to Tokyo Narita, Osaka, Okinawa and Sendai by adding further flights on existing routes and deploying larger aircraft. By 2022, once all 24 of its brand-new Dreamliners have been delivered, EVA Air expects to have boosted its combined flight capacity by more than 10% on its Japan routes.

EVA Air President Clay Sun said, “With more Boeing 787 Dreamliners being added to EVA Air’s fleet, we plan to reshape the Japan market and enhance our global network strategy. In 2019, we will enhance our connections in Japan with the addition of gateways in Nagoya, Aomori and Matsuyama. We will operate this increased level of service by using Boeing 787 Dreamliners and Airbus 330-300s on flights to Tokyo Narita and Osaka. 2019 will also see us increase our flight frequency to Sendai and Okinawa.”

Travellers can learn more about EVA Air and schedule, book and buy tickets at www.evaair.com.

EVA Air, a Star Alliance member, was formed in 1989 as Taiwan’s leading independent airline. It is part of the respected Evergreen Group and a sister company to global container-shipping leader Evergreen Line. It flies to more than 60 international destinations throughout Asia, Oceania, North America and Europe where gateways include London, Paris, Amsterdam and Vienna. It operates daily nonstop flights from London Heathrow to Bangkok that continue to Taipei where passengers can easily connect on to every major city in Asia, including close to 20 gateways in Mainland China. It has a reputation for innovation, warm, friendly service and an impeccable safety record.

EVA Air launched the industry’s first premium economy cabin in 1992. Named Elite Class, this cabin was voted Best Premium Economy in an annual SKYTRAX poll. SKYTRAX’s annual World Airline Awards have rated EVA Air as one of the World’s Top-10 Best Airlines and No. 1 for Cleanest Cabins multiple times, including in its 2017 awards. In 2017, EVA Air was presented with the award for Best Business Class Comfort Amenities by SKYTRAX.