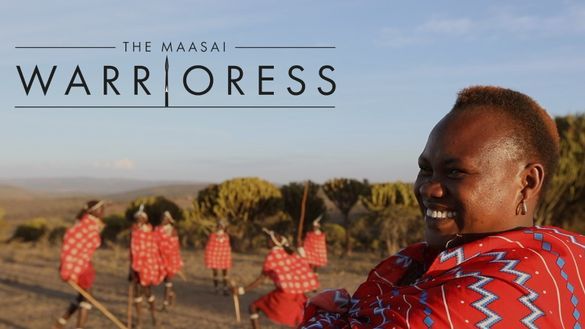 Ahead of International Women’s Day on the 8th March, Exodus Travels is releasing a new documentary film that was made to support its campaign with SAFE Maa, a Kenyan-based NGO and UK-registered charity working on ending female genital mutilation (FGM). The release of the film also marks the one-year anniversary of the end of FGM practice in the Loita Maasai community, a remote and rural Maasai community in the Loita Hills, south-west Kenya.

The original film from 2017 has been edited to showcase the poignant and historic gathering of the Maasai elders last year to ban the FGM practice altogether, following a ten-year campaign. The film was originally created in 2017 to announce that 30% of girls didn’t receive ‘the cut’. Two years later the elders called for an end to their tradition with the signing of the ‘declaration of abandonment’ on 6 February 2019.

Exodus Travels worked with SAFE Maa, a Kenyan-based NGO and UK-registered charity working on ending female genital mutilation (FGM), for ten years in the lead up to the signing of the ‘declaration of abandonment’ on 6 February 2019. This declaration advocates the banning of FGM in the remote and rural Maasai community in the Loita Hills, south-west Kenya.

In 2010, SAFE Maa began its FGM abandonment programme. It was confirmed that 100% of girls in the Loita Hills were receiving the cut as part of their graduation into womanhood. Exodus Travels began its collaboration with SAFE Maa in 2010 with the Exodus Travels Foundation funded all aspects of this ten-year campaign. This campaign and the funding from Exodus Travels focusses on all levels of Maasai society. From youth forums, one on one interventions that allow for deeper conversations about all aspects of FGM, leaders meetings, to gender and age specific workshops that allow for all participants to be open and honest in the talks over circumcision.

Exodus Travels has also sponsored SAFE Maa to take its work to the areas on the edge of the Mara conservancies – Talek, Aitong and the surrounding schools and villages. As a result of this campaign, the Loita Maasai community has now approved an alternative Rite of Passage that allows a family to graduate their daughter within the community, without the process of cutting. This alternative Rite of Passage touches on the importance of young girls’ education, early marriage and the cultural and social pressures on families to perform ‘the cut’ on daughters.

Sarah Tenoi, General Manager of SAFE Maa has noted that, “the declaration has changed the way women feel about themselves. They are happy, and they are proud. The declaration made by our leaders has made the cut much harder for anyone to justify. They now have to not only go against the laws of Kenya, but also against the new law of our culture. I see a new confidence in the women of Loita – they know their voices are being heard”.

For further information on Exodus Travels visit: www.exodus.co.uk
For press information and enquiries please contact Jules Ugo / Georgina Oakley / Katie Cosstick / Chloe Shepherd / Amber Martin at LOTUS on 0207 953 7470 / exodustravels@wearelotus.co.uk
About Exodus Travels:
For over 45 years, Exodus Travels has been leading the way when it comes to adventure travel. With an emphasis on responsible and experience-led travel, Exodus offers a diverse range of over 450 itineraries across 100 countries, from ‘Walking in the Amalfi Coast’ to trekking to Everest Basecamp.
Tours include small-group guided adventures (maximum 16 travellers) as well as tailor-made itineraries, with every trip offering culturally rich experiences, allowing customers to discover the essence of every destination. 97% of customers would recommend Exodus Travels and the trips have an average rating of 4.7 out of 5, based on the past 100 reviews.
Exodus Travels is an award-winning tour operator, receiving the accolade of National Geographic Traveller’s Best Small-Medium Tour Operator for 2019 and has received Which? Recommended status for four years running. In 2019, Exodus Travels was also voted Best Activity/Sports Holiday Company at the British Travel Awards; awarded Bronze for Best Escorted Adventure Holiday Company; Best Holiday Company to Sub-Saharan Africa and Best safari in Africa, alongside its Costa Rica guide who won the Best Conservation Guide 2019 by Wanderlust.
www.exodus.co.uk