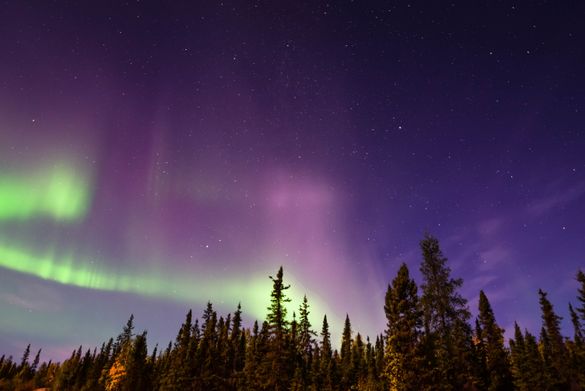 Adventure travel specialists, Explore has expanded its ‘Beyond’ collection of limited edition holidays, which offer one-off experiences, to include a cycling trip around Berlin to coincide with the 30th anniversary of the fall of the Berlin wall and a short northern lights break in Canada.

2019 will mark the 30th anniversary of the fall of the Berlin Wall and Explore is offering a pedal-powered tour around West Berlin – tracing a route where the 155km long Wall used to stand in the Cold War period from 1961-1989.

This moderate level cycling trip will average 41km per day on tarmac is guided by an Explore leader who grew up in East Germany and can provide unique insights into life behind the wall and the iconic events of 1989. Those in the saddle will have the chance to visit a number of sites including Hitler’s Bunker, the Bridge of Spies (Glienicke Bridge), Checkpoint Charlie, the Reichstag, East Side Gallery and the Brandenburg Gate.

Additionally we visit Potsdam’s UNESCO palaces and gardens in the former Prussian royal seat including Cecilienhof Palace where Stalin, Truman and Churchill signed the Treaty of Potsdam in August 1945.

Located at the edge of the Arctic, Yellowknife is a remote hub in Canada’s white north. Only 400km south of the Arctic Circle and far from any major sources of light pollution, this is one of the best places in the world for spotting the Aurora Borealis – the famous Northern Lights. Three nights of this trip is spent Aurora hunting in isolated private cabins on the banks off the Great Slave Lake ensuring an excellent chance of spotting the lights dancing across the sky on this trip.      As Yellowknife is so far north the Northern Lights appear from late summer to early autumn as well as through the winter, so Explore is offering two different itineraries to choose from. The winter departures are perfect for enjoying activities such as snowmobiling and ice fishing and in autumn it is an ideal time to combine leaf-peeping Canada’s beautiful autumn colours before spending an evening spent looking for the Northern Lights.

Late summer and early autumn departures also link with trips in the Rockies, giving you the possibility to make this Northern Lights experience an amazing extension to a trip to Canada.

In 2019 the 5-day Canada Northern Lights Short Break departs 13-18 March with prices from £2,975pp and 31 August – 5 September, 14-19 September, 28 September – 3 October with prices from £3055pp. The price includes return flights, internal transfers, 4-nights’ accommodation, 1 breakfast and an Explore leader. This trip can be combined with other Explore trips in the Rockies or the Yukon.