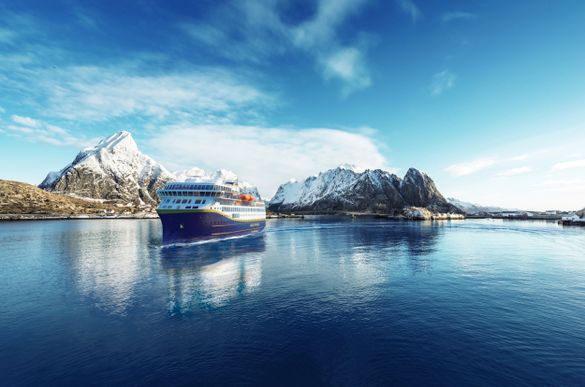 Brand new shipping company Havila Voyages has announced that its first two ships will commence operations in August 2021. Havila Capella, will start cruises along the Norwegian coast on 24 August, while Havila Castor is expected to sail a week later on 30 August.

When they launch, Capella and Castor will be the most environmentally friendly ships to sail along the Norwegian coastal route and will feature the world’s largest battery packs.

Havila has confirmed that the two new ships are progressing well, with sea trials for Havila Capella taking place in mid-May. She will then be delivered to Norway in July, where the final preparations for her maiden voyage will be made. Havila Castor will follow shortly after.

Two more ships (Havila Polaris and Havila Pollux) will join the fleet in 2022 as planned.

The ships will be operating as part of a ten-year contract with the Norwegian Government to sail the coastal route from Bergen to Kirkenes. The twelve-day return voyage visits 34 different ports sailing through narrow fjords and open seas and travels high up into the Arctic Circle.

Matthew Valentine, UK Country Manager commented “We are incredibly excited about welcoming our first guests on-board in August. The coastal voyage is the ultimate bucket-list trip, allowing guests to immerse themselves in Norwegian culture and enjoy unique experiences such as the Midnight Sun and magical Northern lights.

The large battery packs fitted to each ship will allow them to sail through the fjords and other vulnerable areas for up to four hours at a time – quietly and emission free. The batteries will then be charged in one of the numerous ports along the route, using clean hydropower.

Other environmental initiatives include the use of LNG, a hull specially designed to be energy efficient in the Norwegian coastal conditions and a heat recovery system.

The combination of these changes means that each ship’s CO2 emissions have been cut by around 25% and Nox by 80-90%. Longer term, the company has a goal to offer zero-emission voyages.

The new ships will showcase a modern & stylish Nordic design and will offer 179 spacious cabins, ranging from ten to 45 square metres. The on-board culinary experience will undoubtedly be one of the highlights of the trip, with menus reflecting Norway’s culinary traditions and using the highest quality Norwegian produce.

Prices start from £241 per person for a two-day trip from Trondheim to Bergen on cabin only basis.

The six-day Southbound voyage from Kirkenes to Bergen starts from £497 per person, while the twelve-day round trip costs from £829 per person on full board basis.

Bookings can be made through travel agents or are bookable on www.havilavoyages.com in Norwegian Krone.

Havila Voyages is a family-owned, Norwegian shipping company with its main base in Fosnavåg on the Norwegian coast.