↓
Home→JetsettersMagazine.com→Ho Chi Minh City – How to Experience the Best of the Ancient and Modern 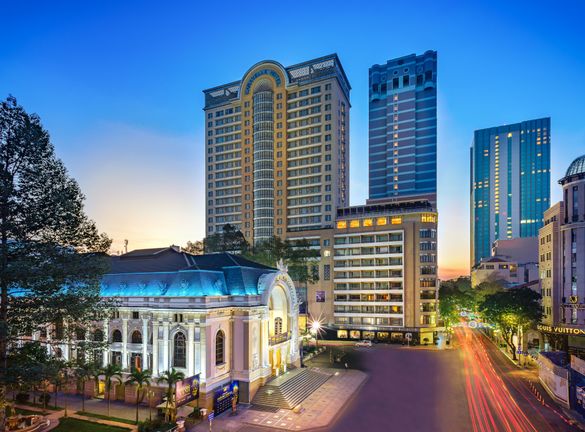 Ho Chi Minh City is an alluring combination of the ancient and modern. Visitors to the city can expect to see historic pagodas jostling for space with the glittering skyscrapers which pierce the sky.

Visitors to the city can enjoy the architecture of its French colonial past at the same time as observing city’s modernist style, much of it by noted Vietnamese architects such as Ngo Viet Thu, who designed the Independence Palace.

Ho Chi Minh City represents a tale of two cities: a modern metropolis with the most skyscrapers in Vietnam and a historic town with stories hidden in French colonial buildings.

The French colonial area of Ho Chi Minh City centre with its wide boulevards and colonial buildings is one of the prime examples of the city’s historic architecture.

No building is more deeply entwined with Saigon’s dramatic history than Reunification Palace. The former Presidential Palace of the doomed South Vietnamese Government, it was the site of bombings, attempted coups and finally, the end of the Vietnam War.

The city’s museums also explore the country’s rich and turbulent history and the Museum of Vietnamese History is a highlight in its own right. By the 1920s, colonial architecture was evolving to include local design elements and this museum is an excellent example of what is known as the Indochina style, fusing European and Asian architectural influences.

Ho Chi Minh City Museum is another must-visit. Like the Reunification Palace, this building was a first-hand witness to Saigon’s tumultuous history. French Governors, Japanese and British Commanders, and finally, South Vietnamese President Ngo Dinh Diem, all called the building home at different points in the 20th century.

Bitexco Tower is another impressive example of modern architecture. The 68-storey, 262-meter skyscraper is reportedly reminiscent of the lotus flower which locals usually refer to as the floral emblem.

To really experience this juxtaposition between the old and new, there is no better place in the city to stay than the Grand Dame of Saigon, the historic Caravelle Hotel. As a communication hub during the 1960s, the Caravelle Hotel played an essential role during the Vietnam War. It was home to the Australian Embassy, the New Zealand Embassy, and the Saigon bureaus of, NBC, ABC and CBS, to name a few. During that period journalists would gather at the rooftop bar and, as the conflict drew ever closer to Saigon, they were able to see the front line and file reports without leaving their bar stools.

The Caravelle is commemorating its 60th anniversary this year and following nine months of renovations, 94 new guest rooms opened this May. The new rooms feature upgraded décor and finishings including new bathrooms with imported marble throughout.

While much of what lies at the heart of Caravelle Saigon is historical, its rooms are modern and luxurious, making it the ideal place to make your own history.