↓
Home→JetsettersMagazine.com→Hotel in Monaco for Less Than 30,000€ Per Night 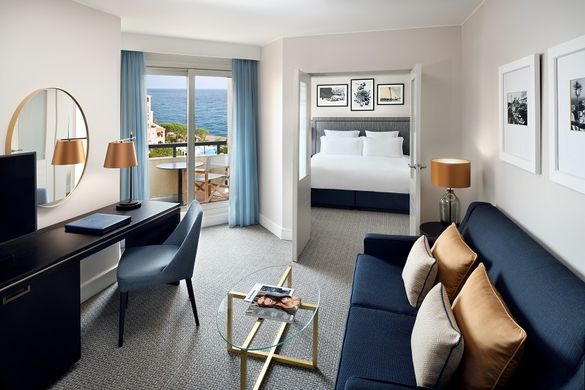 It’s not every day you get to treat yourself to having your very own hotel in Monaco but thanks to Columbus Hotel Monte-Carlo now may be the perfect time to do just that.

Proving that you don’t have to be royalty to have your private hotel experience in the Principality, the iconic 3-star  property invites you to start the year in the most glamorous way possible with the launch of an exclusive buy-out offer for February 2020, allowing groups to take advantage of a full buy-out of the hotel.

Rates start from 29,000€* per night including 181 bedrooms and Suites, with buffet breakfast.

Often referred to as Monaco’s local gem, the Columbus Hotel Monte-Carlo, a property built originally for the F1 racing drivers by former driver David Coulthard, underwent an extensive renovation program over recent years with the redesigned version of the boutique hotel capturing the essence of discreet modern luxury in Monte-Carlo like no other.

In Fontvieille, Monaco’s liveliest neighbourhood, with views out to the Mediterranean Sea, over the Princess Grace Rose Garden, or across the harbour to the old city crowing the Rock of Monaco, it is both central and secluded – the hotel of choice for those in the know.