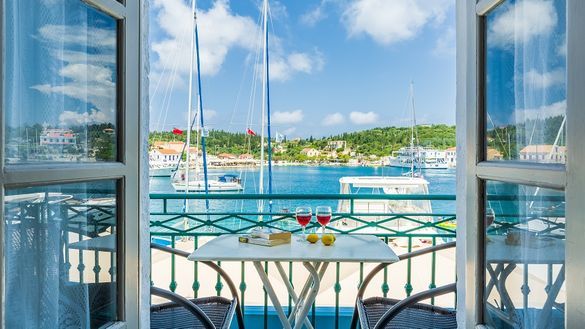 Ionian & Aegean Island Holidays has been nominated for the Best Holiday Company to Hellenic Europe and Best Villa/Self Catering Holiday Booking Company in the prestigious 2019 British Travel Awards (BTAs). The winners will be determined by the consumer, who has until 30 September to cast their vote, with the successful companies announced at the BTA Gala Awards Dinner, being held in London on 27 November 2019.

Ionian & Aegean Island Holidays are a small independent tour operator based in London with twelve UK based employees selling exclusive package holidays to Greece and her islands. We are proud to have been winners of the Best Tour Operator to Hellenic Europe for eight consecutive years and nominated in two categories in 2019.

Director – Alexandros Matsoukis says “It is always an honour to be nominated for an award but to win at the British Travel Awards, eight years in a row is testament to the hard work of all our team who continue to ensure every one of our client’s holiday is a most enjoyable experience. We always appreciate the trust and loyalty our clients place in us and we would like to thank everybody who votes for us.”

BTA chief executive Lorraine Barnes Burton said: “The British Travel Awards gives the opportunity to reward travel and tourism enterprises for outstanding performance in service delivery and product offering. Last year more than 750,000 votes were cast by the travelling public to determine the 2018 Award winners; voting in the 2019 Awards is now open with nominated companies having until 30th September to lobby their happy customers for votes – good luck to Ionian & Aegean Island Holidays

TO VOTE GO TO