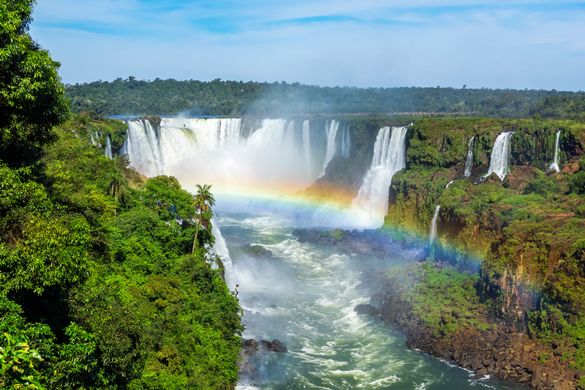 With 37 years of experience in creating award-winning holidays to Central and South America, specialist tour operator Journey Latin America predicts four destinations that are expected to capture holidaymaker’s imagination in 2018.

DESTINATIONS TO WATCH IN 2018

Journey Latin America predicts Argentina will be a destination on the up in 2018, buoyed by competitive prices and easier access. Travellers can take advantage of Norwegian Air’s first low-cost long-haul flight to Buenos Aires. Flying direct and non-stop from Gatwick four times a week, the new service launching February 14 compliments British Airway’s direct and daily service from Heathrow. From the sophisticated capital of Buenos Aires, travellers can access the glacial wonders of southern Patagonia; the subtropical forests of the Iguazú Falls; the dramatic canyons and foothills of the Andean north-west; and the wine-growing deserts of Mendoza.

Thanks to new non-stop direct flights from London with British Airways, we’ve seen a 30% growth in visitors to Chile in 2017 and with the locals celebrating the country’s 200th anniversary of Independence in 2018, there’s never been a better time to start planning a trip. Choose from the lunar landscapes around the Atacama Desert in the north, the lush wine-growing valleys of the central region to the lakes, fjords and glaciers of southern Patagonia.

Discovered in 1995, the vast Mayan complex of Ichkabal will open to visitors in early 2018. Located near Bacalar in the southern Yucatán, Ichkabal is a vast archaeological site with at least five main pyramids – some over 40m high.

Peru will be firmly in the spotlight next year for families following the hugely successful film release of Paddington 2 and with the 60th anniversary since the publication of Michael Bond’s first Paddington Bear book happening on October 13 there’s no place better to celebrate than in Paddington’s original home.

Prices are per person and include domestic flights, transfers, good-quality, mid-range hotels, excursions and breakfast. International flights are extra.