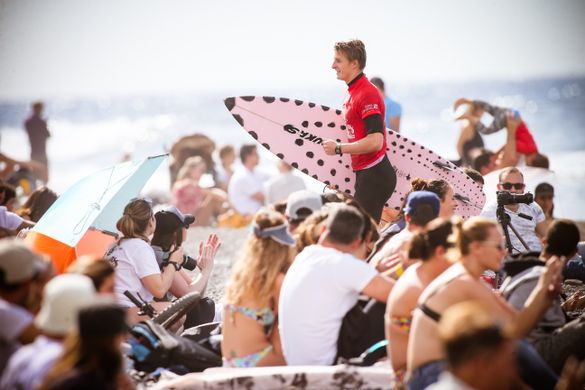 The largest island in the Canaries is gearing up to host the second edition of the Las Americas Pro Tenerife, which will see surfing professionals compete in front of thousands of spectators during a week-long roster of events. Taking place from Monday 4th to Sunday 10th February, the competition will welcome competitors from around the world looking to gain points in the 2019 World Surfing League (WSL) European Qualifying Series (QS).

The competition will be hosted at Las Americas beach in the town of Arona, which is one of the best surfing spots on the island. Acting as the second stop of this year’s WSL European QS, there will be 1,500 points up for grabs to the winners of both the male and female events.

Commenting on Las Americas Pro Tenerife, the President of Tenerife, Carlos Alonso, said: “Tenerife’s rugged volcanic coastline, breathtaking black sandy beaches and year-round warm climate make it a popular escape among European surfers. Las Americas Pro Tenerife helps us to showcase the beautiful island on an international scale, with visitors able to witness some of the world’s best surfing talent taking to waves during the competition. We look forward to welcoming surfing fans and competitors to Tenerife this February.”

Tenerife is the largest of the Canary Islands and one of the most popular and easily accessible holiday destinations for UK travellers. Guaranteed sunshine, diverse landscapes, idyllic beaches and charming villages make the island an ideal holiday choice all year round, while its vast array of fantastic activities, from year-round whale watching and stargazing on Spain’s tallest peak to caving adventures inside Europe’s largest lava tubes, ensure that the island’s variety of experiences are as unforgettable as its flavours and friendly people.