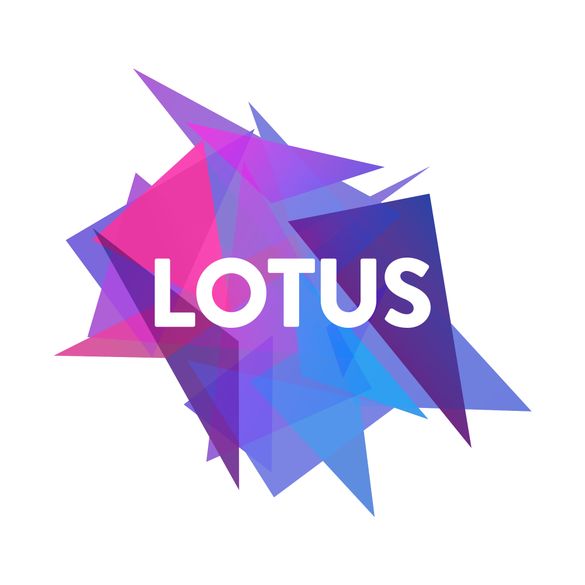 Spain’s most prestigious museum, El Museo del Prado in Madrid, will celebrate its 200th anniversary in 2019 with over 100 activities and commemorative exhibitions.  A number of special programmes displaying the Prado’s greatest works, from artists such as Velázquez, Rembrandt and Goya, will tour Spain hoping to inspire and educate the public about Spain’s rich cultural heritage as well as demonstrating the history of the Prado.

Stay at the nearby Only YOU Hotel Atocha, a beautiful historic building offering quirky interiors by Catalan architect, Lazaro Rosa Violan, and the ideal location to walk to El Prado via the lung of Madrid, Retiro Park. Double rooms from €120.

The Madrid Metro celebrates 100 years of operation in 2019 with a number of commemorative initiatives, the first being a competition to redesign the 100-anniversary logo. An exhibition, featuring the original train-cars which ran on the Metro line a century ago, among other historical artefacts, is running in Chamartín Station. Historical and cultural activities include the ‘Centennial Race’ to be run at the beginning of 2019 between Cuatro Caminos and Sol, the original route travelled by the Metro’s first users.

New luxury hotel brand, ‘BLESS Collection Hotels‘ will open in Madrid in January 2019.  Ibiza will follow in Summer 2019, with further hotels to be rolled out in cosmopolitan cities and international beachfront destinations.  The Madrid property will feature 111 rooms, a rooftop pool, bowling alley, spa and gym, gourmet restaurant, three bars and conference spaces.  The hotel’s gastronomic guru is world famous Basque chef, Martin Berasategui, holder of eight Michelin stars.  The property’s interiors have been designed by renowned Spanish designer, Lázaro Rosa-Violan, to create a quintessentially Madrilenian character with a contemporary slant.   The hotels will also present a non-stop programme of entertainment drawing on the destination’s cultural agenda.

Ahead of London’s National Gallery’s first UK exhibition dedicated to Sorolla for more than a century, the region of Valencia celebrates the great 19th century Valencian artist, Joaquín Sorolla. The Sorolla Route is a cultural proposal exploring the life of Sorolla in his home region. Covering 30 different spots around the city of Valencia the route celebrates Sorolla’s history and works.

New fantasy-themed family hotel, Fantasia Bahia Principe Tenerife, opened in November 2018.  The new hotel will offer a magical family holiday with an enchanting fairytale castle in the centre of the property playing host to multi-media theatrical shows every night.  Other special features include a waterpark, kids spa treatments, teens club with private disco, and kids club with a range of activities from costume workshops and cooking experiences to island expeditions.  A one night stay is priced from £175 for two adults.

Miro Mallorca is set to reopen the doors of Joan Miro’s workshop in Winter 2018 after an extensive restoration programme to showcase the workshop exactly as it was left before the artist passed away. Miro’s works can be enjoyed in the exceptional gallery and in various public places in Palma such as the Maravent Palace Gardens and Hort del Rei gardens.

The Catalan Tourist Board’s Year of Culture 2019 will showcase the role of the destination’s cultural heritage and inspire visitors to explore the different territories of Catalonia. Visitors are invited to voyage around the country through its six cultural routes which cover all corners of Catalonia through its culture, history, architecture, gastronomy and landscapes.

Experience a total solar eclipse in the Southern Hemisphere

On 2nd July 2019 a total solar eclipse will take place for two minutes over the southern hemisphere, only visible over a narrow band of central Chile and Argentina. Select Latin America has a five-day ‘Chile & Argentina 2019 Eclipse’ tour which includes travel to La Serena, the Elqui valley, Limari Valley, the Cruz Sure and La Silla observatories, as well as visiting the port city of Coquimbo which boasts some of the clearest skies in Chile. The trip is priced from £3,113 per person excluding flights.

Guyana offers travellers a truly authentic and untouched experience with its intact primary rainforest, giant megafauna, vibrant cultural diversity and culinary delights.  From 16th November 2018 Guyana will become even more accessible with a new American Airlines connection operating directly from Miami.  The north-eastern South American country will also be increasing its tourism infrastructure with a new community-owned and operated eco-lodge run in Warapoke.  With two harpy eagle’s nests and close proximity to a tarpon hatchery, the lodge will be ideal for birdwatching and sports fishing.

The Patagonia region is renowned for some of the world’s most stunning sights. Now, the Chilean government has launched a new hiking trail known as the Route of Parks connecting 17 national parks through the Patagonian wilderness from the city of Puerto Montt down to Cape Horn – and, at 1,700 miles, it has become the world’s longest hiking trail.

2019 will mark 500 years since Cuba’s capital was founded and a celebratory programme of events will feature concerts, performances and parades in the city.  Steppes Travel is offering a unique tour to Cuba to meet with Valerie Hemingway who will share her experiences as Hemingway’s PA. Accompanied by Lydia Bell, esteemed travel journalist, visitors can discover Havana’s historical buildings with renowned architect Hermes Mallea, Price from £5,995 for 12 days.

A new direct route to Rio from London Gatwick is anticipated via LATA member Norwegian.

The first of a new line of sports centres by Rafa Nadal will open at the beginning of 2019 in collaboration with Palladium Hotel Group in the north-east of Mexico’s Yucatan Peninsula. Rafa Nadal Tennis Centre Costa Mujeres will be part of the facilities of Palladium Hotel Group’s new luxury development in Costa Mujeres comprising the five-star adults-only TRS Coral Hotel and five-star family-friendly Grand Palladium Costa Mujeres Resort & Spa, which opened in November 2018. The new Rafa Nadal Tennis Centre Costa Mujeres will offer tennis programmes, developed by Nadal and his team, for all levels and ages to hotel guests and local residents. Caribbean Warehouse has seven night holidays to TRS Coral from £1,092 per person on an all-inclusive basis.

Award-winning photographer Nori Jemil, known for photographing extreme landscapes, will be on board The Ventus Australis on two specialist departures in February 2019. Nori will provide on-board workshops and seminars and be on hand to provide practical advice on excursions. Australis, the expedition cruise ship company runs unique itineraries around the Patagonian fjords and out to Cape Horn.

Sharjah’s position as the centre of Islamic culture will be evidenced by its designation as UNESCO World Book Capital next year.  With the slogan, “Read – You Are In Sharjah” the programme focuses on six themes: inclusivity, reading, heritage, outreach, publishing and children.  The year of celebrations will start on 23 April, 2019, on World Book and Copyright Day.

The emirate state will see the opening of a number of new properties over the next months.  Five star, luxury heritage hotel Al Bait Hotel will open in December 2018 in Sharjah’s ‘Heart of Sharjah’ district – the emirate’s largest and most ambitious historical preservation project.  Three new eco properties from Sharjah Collection by South Africa’s Mantis Hospitality focus on nature and heritage sites:  Kingfisher Lodge is one of the first eco-tourism property developments in the UAE consisting of 20 luxury tents situated in the Khor Kalba nature reserve.  Two boutique desert properties, Al Faya Lodgeand Al Badayer Oasis Lodge will open in November and December 2018 respectively.

After a year’s closure one of Guernsey’s most-loved attractions, Hauteville House, will reopen to the public following a €3 million refurbishment. The renovation of the former residence of Victor Hugo will restore the house to its original visual effect and reveal the thought and creativity that Hugo put into making the house one of the most notable on the island. The residence was designed and furnished by the French writer and artist during his 15-year exile in Guernsey from 1856 and was where Hugo wrote some of his most famous works including Les Misérables.