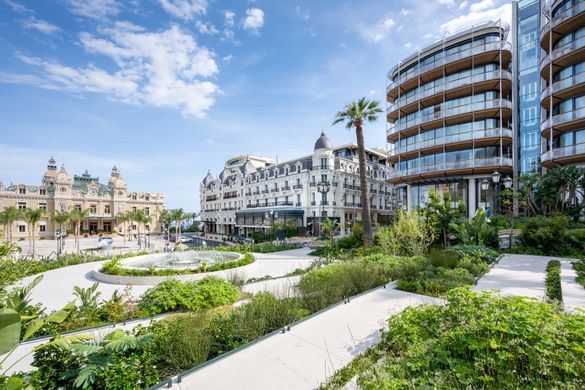 The Principality of Monaco which, since earlier this week, has been gradually reopening its hotels, museums, bars and restaurants, has now revealed the new look of one of its most iconic landmarks: the Casino Square.

Keeping up with initiatives in large cities around the world while retaining its own unique characteristics, the new Place du Casino is structured around three objectives:

The new Casino Square was inaugurated on 2nd June 2020 in the presence of H.S.H. Prince Albert II and Princess Charlène. The same date saw the simultaneous reopening of the iconic Brasserie du Café de Paris Monte-Carlo, which was closed during the health crisis and which reopened with a new embellished and extended terrace, which now benefits from being in a 100% pedestrian area.

For Monte-Carlo Société de Bains de Mer, the owner operator of the Place du Casino, this event is the high point of the work carried out to bring a new kind of architecture to the lively heart of the Principality whilst also reflecting the tremendous enthusiasm that marks the Principality’s ‘return to life’.

This achievement is part of an ambitious and comprehensive urban planning project, which will project the Monte-Carlo myth into the 21st century. A comprehensive project that had already made possible the spectacular metamorphosis of the Hôtel de Paris Monte-Carlo, the creation of One Monte-Carlo, one of the brightest luxury brand hubs in the world, and the restructuring of the Boulingrins Gardens, which have rediscovered the landscaping aesthetics they enjoyed in the 1930s, before giving back to the prestigious Casino de Monte-Carlo its original appearance. The ambition behind this plan is to make Monte-Carlo Société de Bains de Mer the most exclusive destination in Europe.