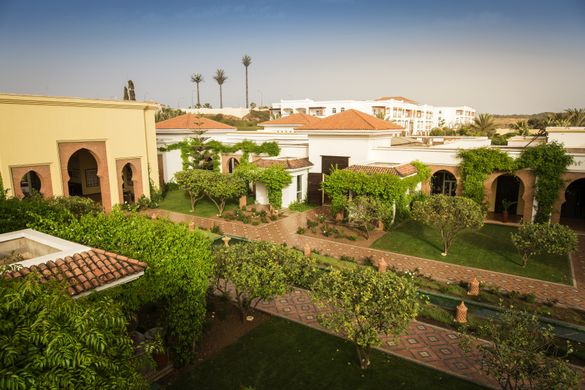 Clubs to Hire, which has grown year on year since its launch in 2010, is recruiting partner businesses – or entrepreneurial individuals – to act as agents in a number of popular golfing locations. And the first ‘partner’ is Robinson Club Agadir, in Morocco, which will service exclusively that region of the North African country.

Robinson Club Agadir is a five-star resort which offers preferred rates at five nearby golf clubs – the 36-hole Golf Du Soleil; the 27-hole Les Dunes; the 27-hole Golf De L’Océan Agadir; Tazegzout; and Royal Golf Agadir, which possesses nine holes – with green fees bookable at the resort, while it also offers a shuttle service to each of the courses from the resort.

Clubs to Hire’s co-founder, Tony Judge, believes the new ‘lease and rent’ scheme it is now offering to potential partners provides a great opportunity to be part of one of the golf industry’s most positive stories.

He explained: “We had only just finalised the small print of the scheme when the Robinson Club Agadir said they wanted to be part of it. We had mentioned previously what we were looking to do, but only in passing. Yet they jumped at the opportunity to have exclusive rights over a territory.

“That merely confirms to us we really do have something special to offer potential partners. You always like to think you do, but it takes somebody else to show the same faith in the product that you have yourself.

“Quite simply, the scheme sees partners lease sets of clubs from Clubs to Hire and rents them to its customers in its exclusive territory. We promote the partnership on the Clubs to Hire website and booking engine and that individual, or company, is, effectively, Clubs to Hire for that region. And they get to keep 100 per cent of the revenue they generate for themselves locally.”

He added: “Since Clubs to Hire launched in 2010 it has seen consistent growth for eight consecutive years and has spawned Clubs to Buy and Clubs to Lease. At a time when much of the news around golf consists of courses closures and a fall in participation it’s great that people out there are demonstrating they want to be part of a success story in the golf industry.

“And we have many more territories we’d like to expand into if we can find the right partners.”

Clubs to Hire handles more than 300,000 annual visits to its website and more than 80,000 bookings for rental clubs at 28 locations worldwide, including popular golfing regions in the USA, Thailand, Australia, South Africa and five countries across the Mediterranean, offering the latest clubs on the market, from leading brands such as TaylorMade, Callaway and Mizuno – for men and women, left- or right-handed – from just €35 per week, a potential saving of up to €125, with none of the hassle.