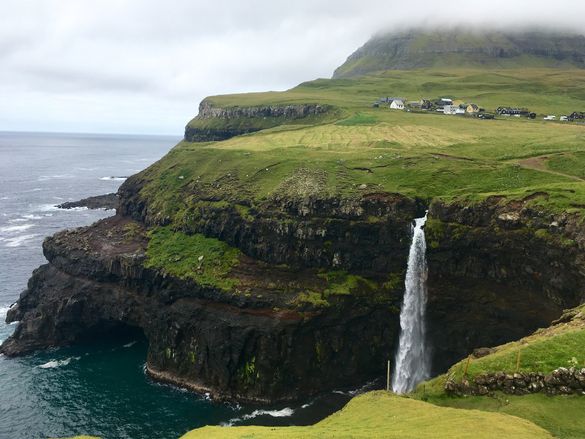 Atlantic Airways, the Faroese national carrier, has announced that it will be launching a new direct flight from London Gatwick to Vágar Airport, in the Faroe Islands, from 23 June, 2020.

The first direct flight from London since 2014 (when Atlantic Airways flew from London Stansted), the new weekly Tuesday route will offer a shorter journey time to the Faroe Islands – with a flight time of just 2 hours 10 minutes – as well as a greener alternative, saving on the emissions of the additional take-off and landing (in Copenhagen) that is always involved with connecting flights.

With tickets going on sale on Wednesday 26 February, the new schedule will run until 11 August and will be in addition to the current daily Atlantic Airways’ flights to the Faroes via Denmark and the twice-weekly direct Edinburgh flights.

Commenting on the news, Guðrið Højgaard, Director at Visit Faroe Islands, says: “We’re really pleased to hear that Atlantic Airways will be starting to fly directly from London again this summer. With steady growth in visitor numbers to the Faroe Islands – around 10% last year – there is certainly demand for a London flight. We look forward to welcoming more visitors who enjoy remote destinations, birdwatching, sailing, hiking, rappelling, photography and other low-impact ways of exploring their way around our beautiful islands this year.”

Jóhanna á Bergi, CEO of Atlantic Airways, is equally pleased: “We’re so excited to again be able offer a direct flight from London to the Faroe Islands – not only does this make our beautiful islands more accessible to travellers in and around London, it’s also great news for travellers using Gatwick as a hub from other destinations all around the world.”

The announcement of the new direct flight comes at an exciting time for the Nordic nation. The Faroe Islands’ renowned restaurant, KOKS, has not only retained its two Michelin stars, but the remotely-located establishment has also just been presented with the new Green Clover award by the Michelin Guide team in recognition of its efforts to promote sustainability.

This spring, the Faroe Islands will also see the opening of a new independent four-star hotel, Hotel Brandan, in its modestly-sized capital, Tórshavn, with the islands’ first international hotel brand – Hilton Garden Inn – set to open a new four-star hotel in July.

The islands also offer other locally-managed hotels, B&B accommodation run by locals and home-stays, for those who are interested in better understanding the culture of this remote island nation.

To learn more about the Faroe Islands, visit www.visitfaroeislands.com.

For more information about flights to the Faroe Islands, visit www.atlanticairways.com.

About the Faroe Islands:
​