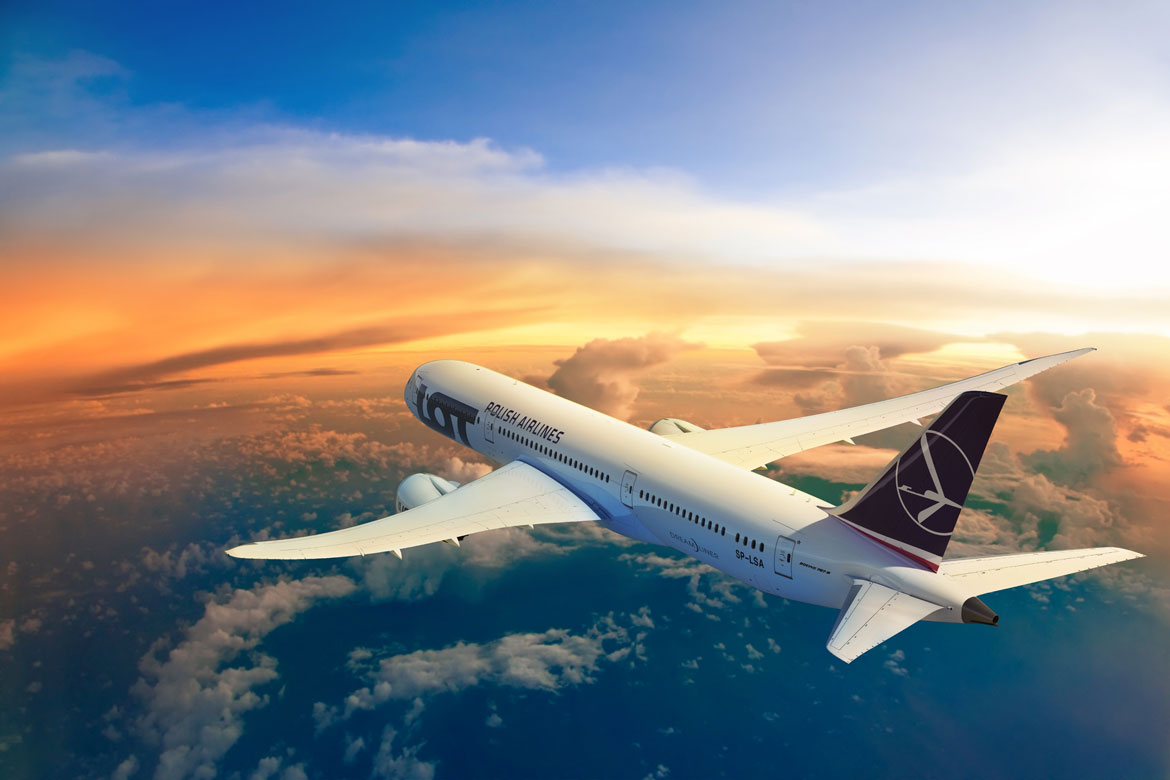 Warsaw, 6  –   On 5th August 2020, LOT will launch a direct flight from Warsaw to San Francisco. It will be the 9th route of the Polish carrier connecting Poland and the United States. Flights to the biggest metropolis in Northern California will be operated four times a week onboard the modern Boeing 787 Dreamliner.

The flight, during which LOT’s Dreamliners will cover over 10 thousand km, will take almost 12 hours. It will therefore be the fastest way to travel both from Poland and the entire CEE region to San Francisco. Connections on this route will be operated as from 5 August four times a week, according to the following timetable:

“San Francisco has been on our list of new destinations for some time already; however, it is no coincidence that we have decided to announce this connection right now. September 30th Poland has officially joined the Visa Waiver Program, so that soon American visas for Poles will become a thing of the past. I am delighted that our social campaign “No Visas to the USA” that we initiated in 2018 has contributed to this success. We do believe that now Poles will be more willing to travel to the United States for both tourist and business purposes. And the choice is abundant indeed – from now on, together with its new connection to San Francisco, LOT offers as many as 11 direct flights to the United States – both from Poland and Hungary,” says Rafał Milczarski, CEO of LOT Polish Airlines.

San Francisco, the sixth U.S. destination operated directly from Warsaw by LOT, has been recognized as the world’s business center for many years. It it right next to it – in the Silicon Valley, where the seats of the largest technological corporations are located, such as: Google, Uber, Twitter, Facebook, Hewlett-Packard, Apple, eBay, Netflix, Tesla or Linkedin. It is also a very popular tourist destination, inter alia thanks to the Golden Gate Bridge, well-known from Hollywood productions, picturesque Pacific coasts or historic Alcatraz. Each year, “San Fran” has been attracting hundreds of thousands of tourists from all over the world.

“San Francisco, i.e. the most important tourist and business metropolis in Northern California is a natural destination for LOT’s further in United States. Until now, there has not been such a convenient connection with Northern California from both Poland and from the entire region of Central and Eastern Europe. Each year, nearly 300,000 passengers travel between Central and Eastern Europe and San Francisco, and I do believe that with our connection this figure will grow even further,” adds Rafał Milczarski, LOT CEO.

The flight schedule has been arranged so as to provide passengers from several major European cities with short and comfortable connecting flights. While on their way from: Budapest, Tel Aviv, Vienna, Gothenburg, Stockholm, Prague, St. Petersburg, Sofia, Bucharest, Moscow, Tallinn, Kiev or the majority of Polish cities, a 2-hour transfer at the Chopin Airport in Warsaw is all they have to deal with.

The flights to San Francisco will be operated exclusively onboard Boeing 787 Dreamliner, one of the most advanced wide-body aircraft in the world. Thanks to the use of state-of-the-art technology, they allow to maintain a higher pressure and higher air humidity on board than other passenger aircrafts in this class. All those factors help enhance passengers’ comfort during such a long flight and reduce the so-called jet lag effect. Each plane offers its passengers three travel classes: LOT Business Class with lie-flat seats and premium restaurant cuisine; LOT Premium Economy Class with larger, individual space and footrests, comfortable thigh support, cocktail tables and extensive menu as well as LOT Economy Class with modern seats and individual on-board entertainment screens as well as USB ports.

LOT’s offer comprises as many as 111 scheduled flights all around the world. In 2018 LOT carried almost 9 million passengers, 2 million more than in the previous year. This year, the Polish airlines plan to carry over 10 million passengers.

The tickets for Warsaw-San Francisco flights will be available this week at the website: www.lot.com, LOT Contact Center and travel agents.

LOT Polish Airlines is a modern carrier connecting the Central and Eastern Europe with the rest of the world. In 2018 LOT carried almost 9 million passengers, 2 million more than in the previous year. Annually, LOT provides a comfortable journey as part of 111 connections all over the world. Its offer includes direct long-haul flights to airports in:The United States, Canada, China, Japan, South Korea,, Singapore,, India, and Sri Lanka. The Polish carrier has been consistently increasing the frequency of its flights and improving its service to those destinations, thus strengthening its position in the Central and Eastern Europe . It operates its long-haul flights onboard Boeing 787 Dreamliners, one of the most advanced wide-body aircraft in the world. In 2019 the Polish carrier celebrates its 90th anniversary. LOT is one of the most international and recognizable Polish brands.