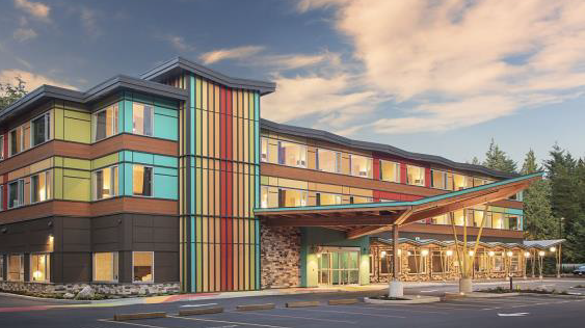 These entrepreneurial Canadian hoteliers are forging ahead with new hotel properties and experiences and look forward to welcoming visitors, when the time is right:

Opened in July, Montreals Grififintown Hotel is a $46 million project, spearheaded by a group of local investors. The 14 storey building is a short walk from the Lachine Canal and includes 114 fully equipped condo style apartments that can be booked for short-, mid- and long term stays with discounts offered for rentals of 7 days or more.

Adding to Halifax’s hotel scene in 2021 will be Marriot International’s first Autograph Collection hotel in Atlantic Canada and Halifax’s first five star property, MUIR. The 110 room hotel is scheduled to open as part of the Queen Marque, a $200 million mixed use development on Halifax’s historic waterfront area. Celebrating the rich history and modern culture of  Atlantic Canada , the hotel’s tagline is ‘born of this place’ and will be a showcase for Queens Marque’s investment in local art of over $7 million. MUIR will also feature a premium restaurant and lobby bar, a 1000 square foot event gallery and access to a 8,000 square foot wellness cetnre with an array of fitness equipment, hydrotherapy and halotherapy salt room.

Ace Hotel  brings it Seattle brand to Canada, landing in Toronto this fall with the brand’s second foray in building a hotel from scratch. Room design will stay on par with other Ace Hotels by including acoustic guitars, record players and an on trend selection of vinyls. Ace Hotel is inspired by the multicultural amalgam of the city, with Toronto’s rich traditions and history of innovation.

On Canada’s west coast is the town of Tofino , Hotel Zed opened its doors in late August. Like its locations in Victoria and Kelowna, Hotel Zed Tofino rebels against the ordinary with a luxurious take on  the retro chic brand. Hotel Zed Tofino exudes a 1970’s swank and features fun and unforgettable amenities including :

Hotel Zed is part of the Tribal Park Allies, a community of businesses committed to the ecological protection and restoration of the Tribal Parks ancestral gardens and the resurgence of the Tla -o- qiu- aht culture and governence and has committed to collecting a 1% voluntary fee from its customers for the cause. A mini book called ?isaack in the Garden (Respect in the Garden), is placed in every guest room , and tells the history of guardianship and activisim in Tofino.

https://www.canada.ca/en For the latest information on who can travel to Canada

https://www.travel.gc.ca  Information on how to have a safe and enjoyable journey when you are travelling in Canada