↓
Home→CARIBBEAN→Bahamas→News from the Islands of the Bahamas 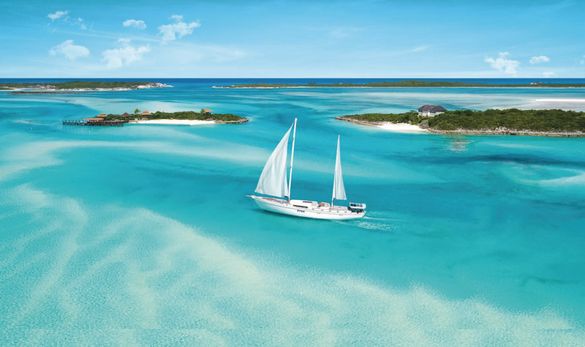 The Islands Of The Bahamas is Open For Business and Ready to Welcome You With Open Arms!

Visitors can enjoy idyllic holidays in The Bahamas with the knowledge that their vacation is helping the recovery of the two islands, Grand Bahama Island and The Abacos, impacted by Hurricane Dorian.  Please see separate ‘State of the Business’ release for full information on how Grand Bahama Island is already rebounding and the recovery and rebuilding of The Abacos.

BAHA MAR is set to launch a $300m development that will provide employment for up to 500 people and involve a major water park entertainment amenity to be known as Baha Mar Bay. Included will be significant renovations and enhancements to the Melià Nassau Beach Resort, the arrival of new luxury, beachfront adventure experiences for guests and developments to Long Cay, all of which is expected to be completed within the next 12 to 24 months. Baha Mar Bay will be built on approximately 15.3 acres of land between the SLS and Melià hotels and will include a family friendly recreational area with water attractions for guests of all ages. There will be a “public entry area” where non-hotel guest can enter Baha Mar Bay to enjoy the attractions and activities.

In the Out Islands the new Caerula Mar Club opens in December on South Andros. With less than thirty rooms Caerula Mar Club is the latest jewel in the crown for the island of Andros, where you will also find the family run Small Hope Bay Lodge, known for its simple island style, relaxed atmosphere and world-class diving facilities. Jeff Birch, owner and manager of Small Hope, was recently named Boutique Hotelier of the Year by The Caribbean Journal, perfect timing as the lodge celebrates its 60th anniversary next year.

More than half of the Viva Wyndham’s rooms have been newly renovated for the 10th December reopening of this popular all-inclusive, a major step in the recovery of Grand Bahama’s tourism industry.

AQUA X, the brand leader of adrenalin pumping personal watercraft, is staging its championships at Atlantis 8-10 November. The weekend of racing will be live- streamed on the P1 Aqua X Facebook page, facebook.com/P1AquaX. Tickets for the event start at $15 and can be purchased at the Atlantis Box Office at the Atlantis’ Coral Towers or via email at box.office@atlantisparadise.com

Junkanoo Parades, the Boxing Day Junkanoo Parade is a tradition that has been passed down through generations. Pulsating music made with cowbells, goatskin drums, whistles and horns, combined with colourful costumes, made from cardboard and crepe paper and decorated with feathers and bead is the beat of The Bahamas. Dancers lead the costumed musicians and major pieces through downtown Nassau on Boxing Day and kick off New Year’s Day in spectacular fashion.  Junkanoo experiences take place in Nassau and on many of the islands throughout the year.

Marathon Bahamas is held the weekend of 18-19 January 2020 on Nassau, which is immersed in history, natural charm, beauty, white-sand beaches and aquamarine waters.  Marathon Bahamas is the number one marathon in The Bahamas and attracts runners from around the world and is supported by volunteers from every walk of Bahamian life. marathonbahamas.com

British Airways fly direct four times a week from London Heathrow to Nassau, the capital, serving Nassau and Paradise Island’s most popular resorts. From there it is very easy to connect with flights to the Out Islands.

Flying direct is not the only way to reach The Bahamas. Major carriers, such as BA, American, Delta, Virgin Atlantic, United Airlines, Norwegian Airlines and Air Canada offer a myriad of two-centre holiday options.

Bahamas Paradise Cruise Line, known for its popular cruise to Grand Bahama Island, recently launched a new service to Nassau. Two-night cruises and “cruise and stay” options staying for up to six nights at resorts such as the Melià Nassau Beach Resort, the SLS Baha Mar and the Comfort Suites on Paradise Island are also available.

Most islands are a short hop aboard on one of the many domestic airlines out of Nassau, offering flights from as little as 15 minutes to an hour to the more southern islands. A powerboat to The Exumas is a popular day out, as is taking the ferry to the pink sands of Harbour Island.

RCCL President and chief executive officer, Michael Bayley, noted the success of the cruise line’s recent US$250 million private island destination experience in The Bahamas known as Perfect Day® at CocoCay®, saying it’s a perfect example of collaboration that benefits both the destination and the cruise line. Guests can experience the tallest waterslide in North America, float 450 feet up in a helium balloon and ride the waves or simply soak up the scene in the largest freshwater pool in The Bahamas.

Virgin Voyages’ new ship Scarlet Lady has a range of Caribbean itineraries from April 2020 calling at the island of Bimini. Spend a full day (10 am to midnight) at The Beach Club at Bimini, complete with the Virgin Voyages signature bonfire party under the stars.

The Swimming Pigs continue to enthral visitors, and can also be found on Rose Island, just 20 mins from Nassau, and on Spanish Wells, Eleuthera, with the original swimming pigs further south in The Exumas. Such is their popularity that a book telling their story ‘Pigs of Paradise’ by Jeff Todd is available from Stanfords in London and Amazon, there’s also a film of the same name narrated by astronaut Scott Kelly.

38th Caribbean Travel Marketplace (CTM) 21-23 January 2020, Baha Mar, Nassau. Citing the new tourism offerings in The Bahamas and throughout the Caribbean, the Caribbean Hotel and Tourism Association (CHTA) reaffirmed that all systems are a go to bring the region’s largest and longest-standing tourism marketing event to The Bahamas. The 38th Caribbean Travel Marketplace (CTM) will bring together hotel and destination representatives as well as other tourism providers and media representatives for two intensive days of prescheduled appointments at Baha Mar’s Performing Arts and Convention Centre. chtamarketplace.com