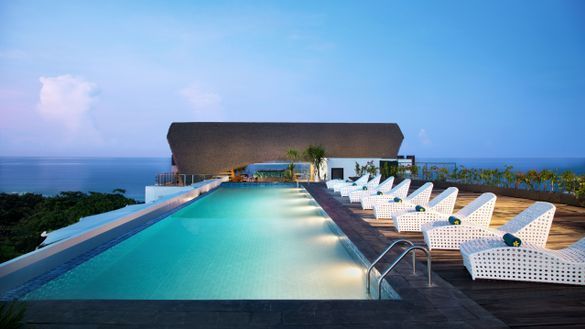 In early 2020, Ovolo will announce its future plans for this property in which it will be reimagined to be inline with Ovolo Group’s ethos and philosophies.

Commenting on the acquisition, Girish Jhunjhnuwala, Founder & CEO of Ovolo Group said, “This acquisition demonstrates our vision to become a truly global hospitality company, offering guests unrivalled effortless experiences across our hotels, bars and restaurants.” Girish continued, “We look forward to being able to reinvent this hotel and it’s food and drink concepts in true Ovolo style, bringing a fresh take on hospitality to Bali.”

Ovolo Group was founded by entrepreneur, Girish Jhunjhnuwala in 2002 and has quickly become one of Hong Kong’s most dynamic and largest independent owner, operator hospitality firms by providing business and leisure guests with the best in effortless living across numerous hotels and F&B outlets internationally.

The company keeps in touch with the modern traveller through award-winning interior designs, detail-driven comforts, focused value-added service like free mini bar, breakfast, Wi-Fi plus more and cutting-edge technology – all done in Ovolo’s signature style. At the 2019 HM Awards, Ovolo Hotels were acknowledged for Hotel and Accommodation Excellence, receiving the accolade “Hotel Brand of the Year”.

Ovolo Group has also recently launched Mojo Nomad a co-habitation concept for global nomads that combines travel, lifestyle and community at its core. Mojo Nomad’s currently located in Hong Kong’s Central and Aberdeen Harbour neighbourhoods and will be entering the Australian market in the near future.