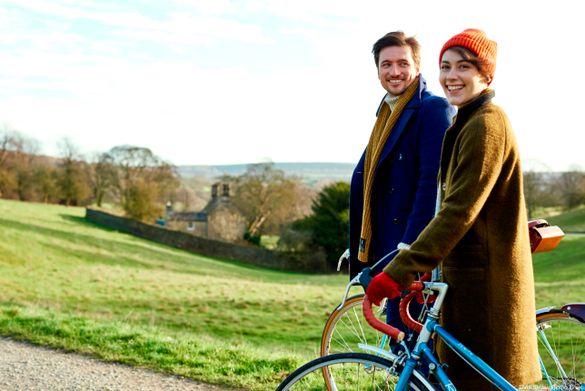 Lake District, July 2020: Naturally, Brits have been heading to the Lake District post lockdown, as they look to get out into wide open spaces and away from crowds, hiking up hills and lounging lakeside. Linthwaite House (https://leeucollection.com/UK), which re-opens on 31st July, has put together two great packages – “Pedal & Picnic” and “Row & Recharge” – to help guests make the most of this stunning part of the country.

The more energetic will want to book the “Pedal & Picnic”, so that they can cycle out into the Lake District National Park (England’s largest), which gained UNESCO World Heritage list status in 2017. Just be warned: The Lake District includes all the country’s highest peaks (reaching close to 1000m), so planning your route is critical dependent on whether you want a leisurely outing or a calorie-burning workout!

Those looking for a more laid-back approach to their staycation might prefer the “Row & Recharge” option, as it means not leaving Linthwaite House. Instead, slow row or simply sit in the hotel’s old-fashioned wooden boat, gently lapped by the water, on the hotel’s private tarn (or small lake) that dates to the early 1900s when it served as the reservoir for the local parish. Set amid the hotel’s 14 acres of beautifully landscaped grounds, it is now home to a mass of wildlife, including trout, ducks, otters and more.

The “Row & Recharge” package includes two nights’ accommodation, daily full English breakfast, use of the row boat and a delicious picnic prepared by Simon Rogan’s award-winning Henrock team (which can either be enjoyed on the boat or set up somewhere else in the garden); rates start from £690 for two people sharing a Classic Room for two nights.

When not riding or rowing, there are plenty of peaceful corners in the grounds for guests to safely socially distance and enjoy some quiet time: there is a boules pitch, a croquet lawn and a large outdoor chess set, as well as pathways through the gardens – where spotting tiger (statues) is an option! For those wishing to venture further afield, several circular walks meander through the surrounding countryside and into the town of Windermere (route maps available at reception).

Linthwaite House, originally built as a five-bedroom family residence in 1901, was converted into a B&B in 1969 and has grown over the years into what it has become today: a 36-bedroom boutique hotel set within 14 acres of landscaped gardens with a private tarn (small lake).

Leeu Collection, a dynamic and fast-growing hotel group owned by Indian entrepreneur Analjit Singh, or BAS as he is affectionately known, acquired Linthwaite House from Mike Bevan (who had owned the property for over 25 years) in April 2016.

Since then, the property has undergone an extensive refurbishment, costing in excess of £12 million, that has included refreshing all the interiors of the existing early 20th century building (with 3o bedrooms), an extended conservatory and terrace that make the very most of the panoramic views over Lake Windermere, a re-landscaping of the 14-acre gardens (which are now scattered with a large number of impressive sculptures) and the creation of six all-new Lake Suites in the grounds.

Its location, above Bowness-on-Windermere and with panoramic views across Windermere to the stunning fells of the South Lakes, offers guests complete privacy.

Leeu Collection (in Sanskrit singh means lion, which is leeu in Afrikaans) comprises three five-star boutique properties in South Africa (Leeu Estates, a 17-room country house retreat and boutique winery in the Franschhoek valley; Leeu House, a 12-room hotel in the heart of Franschhoek village; and Le Quartier Français, a romantic 32-room hotel with two independent villas also located in the village) and Linthwaite House. Another Leeu property is due to open in Florence in 2021.

Extending beyond the offering of luxury accommodation, Analjit Singh is a partner in Mullineux & Leeu Family Wines, which produces award-winning wines in the Swartland wine region some 80km north of Cape Town.

Everard Read in partnership with Leeu Collection is a considered space in Franschhoek showing modern and contemporary artworks by Southern African artists. The Gallery includes a sculpture garden, interspersed with herbs and vegetables and is located adjacent to Le Quartier Français.

Simon Rogan has developed a distinctive and inventive cooking style over the past 25 years that has led to awards, Michelin stars and worldwide acclaim. Simon opened restaurant L’Enclume in 2002, followed by Rogan & Company in 2008. Simon has also had his own farm (Our Farm) in the Cartmel Valley since 2009. L’Enclume currently holds two Michelin stars, and was named Good Food Guide’s #1 Restaurant 2017 for the fourth consecutive year with a score of 10/10 and again in 2019. Simon Rogan was also named the AA Chef of the Year 2017, and currently holds five AA Rosettes at L’Enclume, four AA Rosettes at Roganic and three AA Rosettes at Rogan & Company. In addition to Aulis, developmental kitchens in Cartmel and London, as well as Aulis and Roganic in Hong Kong, Simon opened Henrock, a new informally elegant restaurant set within Linthwaite House in October 2019. www.simonrogan.co.uk