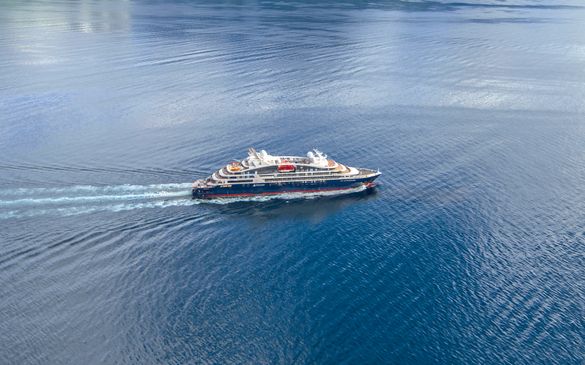 For Australians eager to explore our own backyard, PONANT has announced the return of two of its modern fleet of small luxury expedition ships, Le Lapérouse and Le Soléal, to Australian waters in 2021, with the announcement of an exciting new collection of eight immersive ‘must-do’ itineraries featuring Western Australia, South Australia, Tasmania, New South Wales and Queensland coasts.

Each voyage captures the heartbeat of Australia. From early maritime encounters along the west coast, aptly exampled by visits to Dirk Hartog Island, Shark Bay and the Abrolhos Islands, to ancient cultures stretching back much further in time, some 40,000 years or more, the petroglyphs of Murujuga (Dampier archipelago) the largest, densest and most diverse collections of rock art in the world, these luxury expeditions reveal multiple facets of the Australian continent that will surprise.

Whether photographing rare Australian sea lion colonies, experiencing the emotive National ANZAC Centre in Albany, exploring the penal colony at Maria Island or viewing Australia’s highest sea cliffs at Cape Huay, this range of 7 to 15 night itineraries, created by PONANT’s highly regarded Australian expedition leader and marine biologist Mick Fogg, showcases the coastline of his homeland. “Most people don’t realise that 45% of our birds, 83% of our mammals and more than 90% of our amphibians, reptiles and fish are only found in Australia, that makes us pretty unique. Add to that the age of the landscape, diversity of habitats and the world’s oldest continuing culture and you have the perfect recipe for creating remarkable immersive experiences as encapsulated in this collection of voyages,” adds Mick with a deserved sense of pride.

“Sales are now open, however I recommend interested parties contact their travel agents or PONANT as soon as possible to secure space as we have already received an extraordinary response from people earlier registering expressions of interest for ‘at home’ voyages. Acting promptly”, urges Deb, “will secure access to the widest range of available accommodation on each of the eight differing itineraries as well as the highest PONANT Bonus advance purchase incentive – currently as much as 30% savings.”

More information on these 2021 Australian coastal collection voyages contact your preferred travel agent, or PONANT Consultants on 1300 737 178 (Australia) or 0800 767 018 (New Zealand), or email reservations.aus@ponant.com to obtain assistance and information.

Overview of the eight new itineraries:

Jewels of the West Coast – Broome to Fremantle / 22 September 2021 / 10 nights / Le Soléal / Highlights include Rowley Shoals, Montebello Islands, Ningaloo and Shark Bay. From $8,430 per person in a Deluxe Stateroom.

Many of these all-new itineraries visit World Heritage listed areas and Marine Parks including coastlines and reef areas that large ships simply cannot manage yet are perfectly suited to Le Lapérouse and Le Soléal, their compact dimensions and manoeuvrability allowing access to the tightest places – the Hawkesbury River, for example, as well as some of Australia’s world famous tropical reef areas including Rowley Shoals and Ningaloo, and parts of Queensland’s 3,000 coral reefs and 2000 or so islands.

All PONANT voyages including pricing and shore excursion highlights available at au.ponant.com/

Contact your preferred travel agent, or PONANT Consultants on 1300 737 178 (Australia) or 0800 767 018 (New Zealand), or email reservations.aus@ponant.com to obtain assistance and information.