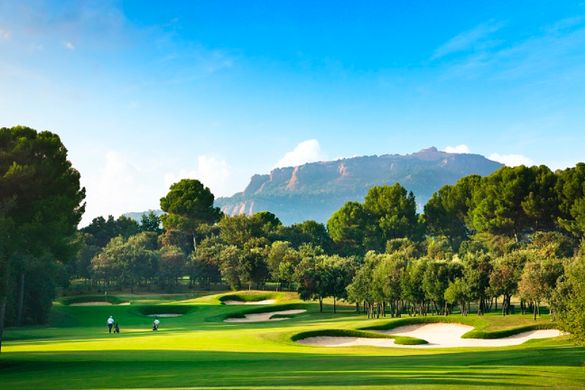 Golfers can now enjoy a complete five-star experience by playing the exclusive Real Club de Golf El Prat, a 10-time host of the Spanish Open, while staying in The Serras, Barcelona’s most luxurious boutique hotel, after the two agreed a fantastic stay-and-play golf package.

Dating back to 1912 and one of the oldest golf clubs in Spain, El Prat, which boasts 45 holes over five Greg Norman-designed courses, is steeped in history and remains one of only a small number of clubs to have been granted royal status by King Alfonso XIII.

Real Club de Golf El Prat was recently named one of the 125 Platinum Clubs of the World – Five-star Private Club – recognition of attaining a standard of excellence by an international panel of experts, historians and connoisseurs in a confidential ballot – as well as being granted the Golden Plaque of the Royal Order of Sporting Merit.

The world-renowned course is the perfect partner for The Serras, a stunning 19th century Molina-designed building in the Gothic quarter that was Pablo Picasso’s first studio when he was just 15 years old, and winner of Trip Advisor’s Travellers’ Choice Award for the Best Luxury Boutique Hotel in Spain for three consecutive years.

Packages throughout the year to stay at The Serras on a bed-and-breakfast basis, including one green fee at Real Club de Golf El Prat, with shared buggy, costs just €225 per person per night for a shared room.Marcello Della Vecchia, director of sales and marketing at El Prat, said: “Real Club de Golf El Prat has long been regarded as a first-class golf venue thanks to its world-class courses, state-of-the-art practice facilities, clubhouse and superb location near the wonderful city of Barcelona.

“And this tie-up with The Serras hotel will further enhance the experience for visitors. The Serras is one of the finest boutique hotels in Barcelona, offering the perfect setting within easy reach of Real Club de Golf El Prat, the city centre and all its sights, as well as the airport, which benefits from excellent travel links from across Europe, both in terms of frequency and cost.”

Since 2002, Real Club de Golf El Prat’s layout stretches across the 518-acre estate of BonVilar and cleverly utilises its 45 holes over an exciting mix of five highly acclaimed courses – the Open, Blue, Yellow, Pink and Green.

The prestigious venue has been home to major Spanish and international amateur tournaments, such as the 2013 European Amateur Championships and has held more than 250 national and international championships.It has also hosted some of the biggest names in golf, including Spanish legends Severiano Ballesteros and José Maria Olazábal, eight-time Major winner Tom Watson and European Ryder Cup captain Thomas Bjørn.

El Prat, which is just 35 minutes from the centre of Barcelona, also offers a modern and lively clubhouse and top-quality practice facilities, in addition to a 300m driving range and a host of specialist short-game areas.Situated on the waterfront in the Ciutat Vella district, just eight miles from Barcelona airport and a short walk to all the city’s major attractions, the five-star Serras is the perfect base to unwind after a round of golf.

The luxury hotel, which has just undergone a €125m refurbishment, boasts a rooftop pool with panoramic views of the Mediterranean Sea, a modern Catalan restaurant by leading chef Marc Gassons, who has earned a Michelin star for his creations, and a stylish, yet intimate, cocktail bar and lounge.For more information please visit www.realclubdegolfelprat.com or www.hoteltheserrasbarcelona.com/en/packages

• Dating back to 1912, Real Club de Golf El Prat is one of the most renowned clubs in Spain and was granted “Real” or Royal status by King Alonso XIII after his visit.

• It has played host to more than 250 top-level national and international championship, including European Tour events, with top stars of the calibre of Sergio Garcia, Miguel Ángel Jiménez, José María Olazábal and Tommy Fleetwood taking part.

• The club has hosted some of the biggest names in golf, with Spanish legends Severiano Ballesteros and José Maria Olazábal, eight-time Major winner Tom Watson and European Ryder Cup captain Thomas Bjørn among its roll call of previous winners, while Masters champion Sergio Garcia and Pablo Larrazábal are both members.

• The current 45 holes were designed by the legendary Greg Norman over holes over an exciting mix of five highly acclaimed courses – the Open, Blue, Yellow, Pink and Green.

• The multi-award-winning El Prat was recently named as one of the 125 Platinum Clubs of the World – Five Star Private Club, as well as being granted the Golden Plaque of the Royal Order of Sporting Merit.