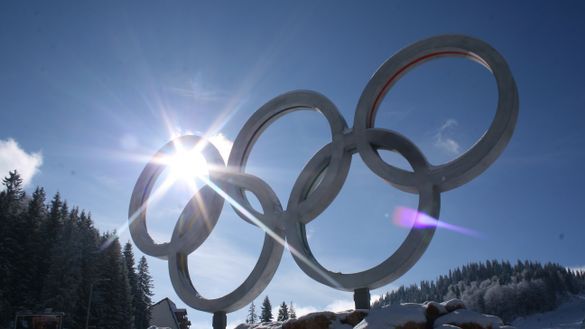 Ski Sarajevo has introduced a unique and affordable ski and city break that combines a stay in the fascinating city of Sarajevo with skiing on nearby Jahorina, the venue for the 1984 Olympic Games. It is the only major European capital with a ski resort in such close proximity at just 45 minutes’ drive away. And thanks to the new direct flights with Fly Bosnia from Luton that commenced in September 2019, Sarajevo has now become an easy-to-reach destination for a combi ski/city break.

Ski Sarajevo’s packages are ideally suited to those that want an affordable ski break, those travelling with non-skiing partners and first-time skiers.

The Jahorina Olympic Resort, with its highest peak at 1916m, offers 45km of alpine trails and 10km of Nordic trails which are accessed via its eight ski lifts including a brand-new cabin gondola for 2020. The ski season typically runs from the start of December to mid to late March each year, and should snow be in short supply, the resort’s latest snowmaking system guarantees 130 days of skiing.

Most British visitors will notice how affordable skiing is in the region, with ski equipment hire about half the price of the Alps, and beer about a third of the price. The resort caters to skiers of all levels and due to its affordability and the generally uncrowded slopes, it is a great place to learn to ski and for families.

The resort is proud of its Olympic legacy, and the pistes on which the Olympic races were originally held have been restored back to their former condition. As visitors reach the ski resort they will see the huge iconic Olympic rings on display at the base of the slopes. Many will remember that Sarajevo is where Torvill & Dean won the first Gold medal for Britain at the Winter Olympics in 1984.

Jahorina is only 42km (about an hour’s drive) from the airport and just 32 km (45 minutes’ drive) from Sarajevo city.

After the war in the 90s, Sarajevo has bounced back as the alternative, affordable capital, and rated by Lonely Planet as one of the top ten cities to visit in the World. The vibrant city has an East-meets-West vibe, which is evidenced in its medley of Austro-Hungarian and Ottoman Empire architecture, its cathedrals, synagogues and mosques, which are all located within the same few blocks.

The city is a safe and easy place to walk around and not to be missed are the Turkish shops and bazaars, the Tunnel of Hope (a tunnel was secretly dug from under a house during the siege to get supplies in and out of the city), and the gondola cable car for fabulous views of the city. There are many museums that explain the city’s incredible history including the assassination of Franz Ferdinand that sparked WW1, and the four year long siege in the 1990s. The War Childhood Museum, which illustrates life during the siege through the eyes of children, has won several awards.

Within the packages, accommodation in Sarajevo is in the five-star Hotel Europe, which is ideally located in the heart of the city, just a few steps from the old town. At Jahorina, accommodation includes a stay at the four star ski-in/ski-out Hotel Termag, located at the base of the gondola (3-night package) or in a two-bedroom apartment (7-night package), which is two minutes’ walk from the gondola.

FlyBosnia flights are every Saturday and Tuesday throughout the year making it perfect for a one-week or a long weekend visit.

Ski Sarajevo is in its 6th successful season and is run by Go Adventures, a tour operator based in Bristol (UK) with years of experience organising tours and holidays all over the Balkans and Turkey for guests from all over the world. They love Bosnia deeply and are proud to be one of the only operators in the region offering Winter Sports services to visitors keen to experience a unique skiing or snowboard trip at an affordable price, in a truly alternative destination.