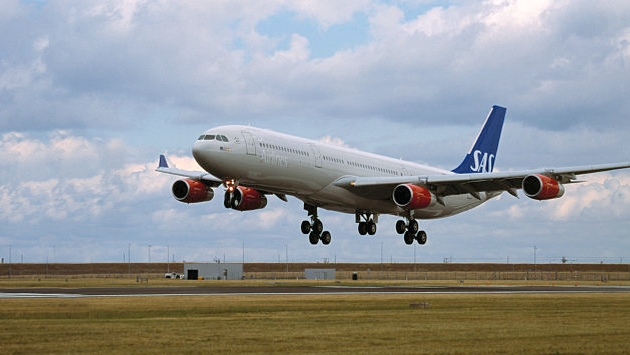 The new Wi-Fi system will be powered by global communications company Viasat Inc. and will be more reliable and faster than many other solutions. The higher speeds will allow passengers to stream their favorite movies, use social media, send images and answer emails from their seat.

Scandinavian passengers now have gate-to-gate access to the internet, with the service already being installed on 28 aircraft. The carrier also announced it expects to have around 40 aircraft installed with the new high-speed Wi-Fi system by September.

The airline wants the majority of its fleet to be Wi-Fi-enabled by the first quarter of 2020.

“We have made a big investment in our in-flight Wi-Fi product to ensure our customers enjoy the best in-flight internet experience,” SAS vice president Therese Lorenius said in a statement. “Together with our recent investments in our new A320neo aircraft, SAS is now even more competitive and able to maintain its strong position on the Scandinavian market.”

To enjoy the high-speed Wi-Fi, travelers in Scandinavian Plus, EuroBonus Diamond, and Gold members will enjoy free internet access, and travelers in Go will be required to pay around $7 for access on their flights.

SAS Wi-Fi will be also accessible on all major operating systems, such as Windows, macOS, iOS, and Android, as well as all major browsers, including Chrome, Firefox, Microsoft Edge, and Safari.