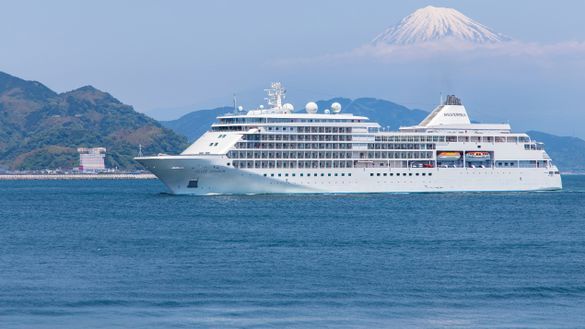 As part of its new itinerary release, Silversea has unveiled 17 new sailings in Asia with three ships based in the region for the first time.

Departing between October 2021 and April 2022, the new program features voyages in Asia, Australia & New Zealand, South America, Galapagos, the Caribbean and the Middle East.  Of particular note is an expanded program of sailings in the Asia Pacific region with the brand new Silver Moon and the reimagined Silver Shadow to join flagship Silver Muse as the third Silversea vessel to offer voyages in Asia.

“We are delighted to launch these new summer 2021/22 voyages,” says Adam Radwanski, Silversea’s Managing Director Asia Pacific. “Our new voyage collection offers numerous maiden calls, the opportunity to select from three different Silversea ships in Asia and our most extensive Australia & New Zealand program to date, combined with a number of other adventures such as an in-depth exploration of the Amazon River”.

Silver Muse:  From December to February Silver Muse will be protagonist in Australia and New Zealand, with four voyages in the popular route between Auckland and Sydney offering a deep exploration of New Zealand in combination with South-East Australia to include Sydney, Melbourne and Hobart-Tasmania. Other options will include a combination of the Western Coast of Australia with the Java Sea.

On new bookings made before 30 June 2020, travellers will benefit from Silversea’s new Double Bonus offer, through which guests can reserve their voyage with low deposits from just USD 1,000 per suite. Guests will also receive USD 1,000 to spend on-board. This offer is fully combinable with the Early Booking Bonus and, for select sailings, qualifies for Silversea’s “Cruise with Confidence” policy.