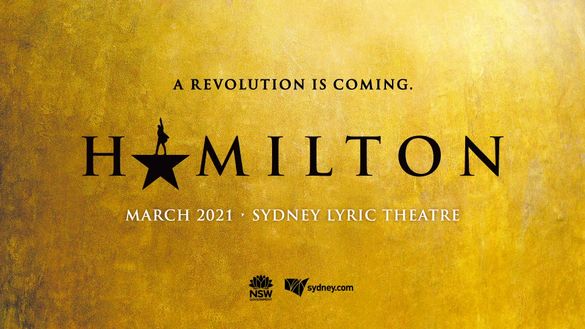 Hamilton is one of the most critically acclaimed and successful musicals of our time. Since debuting in 2015, the Tony®, Grammy®, Olivier and Pulitzer Prize winning musical has sold over 2.6 million tickets, playing at iconic theatres from New York’s Broadway to London’s West End. And as of March 2021, this global phenomenon will only be playing in one location – Sydney’s Lyric Theatre.

Sydney is the vibrant capital of New South Wales, Australia. Home to the iconic Sydney Opera House and Sydney Harbour Bridge, the incredible Harbour City is renowned for its natural beauty, world-class dining, vibrant nightlife, multicultural heritage and rich and exciting arts and events scene, making it a sought-after tourism destination the world over. It is only fitting that the global city is now setting the stage to host an icon of the musical theatre world – Hamilton.

Commenting on Sydney as the host city of the Australian premiere, original Hamilton producer Jeffrey Seller said: “Sydney is our bright light and our rising sun. Sydney represents what I hope will be the rebirth of theatre, and Hamilton across the entire world. It is thanks to Sydney that we can open Hamilton on schedule, as we have been planning for the past 3-plus years with the Michael Cassel Group.”

The talented and diverse 35-person cast includes Sydney local Chloe Zuel, who plays Eliza Hamilton. Tickets for the show are available most nights of the week, with back-to-back shows playing on weekends, for the entirety of the season from March 2021.

NSW Minister for Jobs, Investment, Tourism and Western Sydney Stuart Ayres said: “Sydney is leading the world in getting theatres open, performers back on stage and COVID-safe events on our calendar again. We are proud that Sydney is the only place in the world showing the award-winning musical Hamilton, and we invite theatregoers to fully embrace the Harbour City experience from pre-show dining and post-show drinks to premium accommodation and myriad arts and culture attractions. Sydney is world-renowned for celebrating innovation, diversity, inclusion, and creativity, which aligns perfectly with the powerful themes of Hamilton and the extraordinary effort required to keep this production moving forward for the cast, crew and tens of thousands of fans.”

Destination NSW CEO Steve Cox said: “We’re immensely proud that Hamilton is opening exclusively in Sydney this month – further proof that Sydney is not only one of the greatest cities in the world but also the place to be right now. What a way for Sydney to show the world that we’re open for business, welcoming visitors and really embracing the roaring 2020s.”

Hamilton will open at Sydney Lyric Theatre from 17 March 2021.

Share your favourite Sydney and NSW holidays on social media by using the hashtag #LoveNSW or #NewSouthWales.

Please stay up to date on the latest NSW Government health advice regarding COVID-19 and travel within NSW, here.