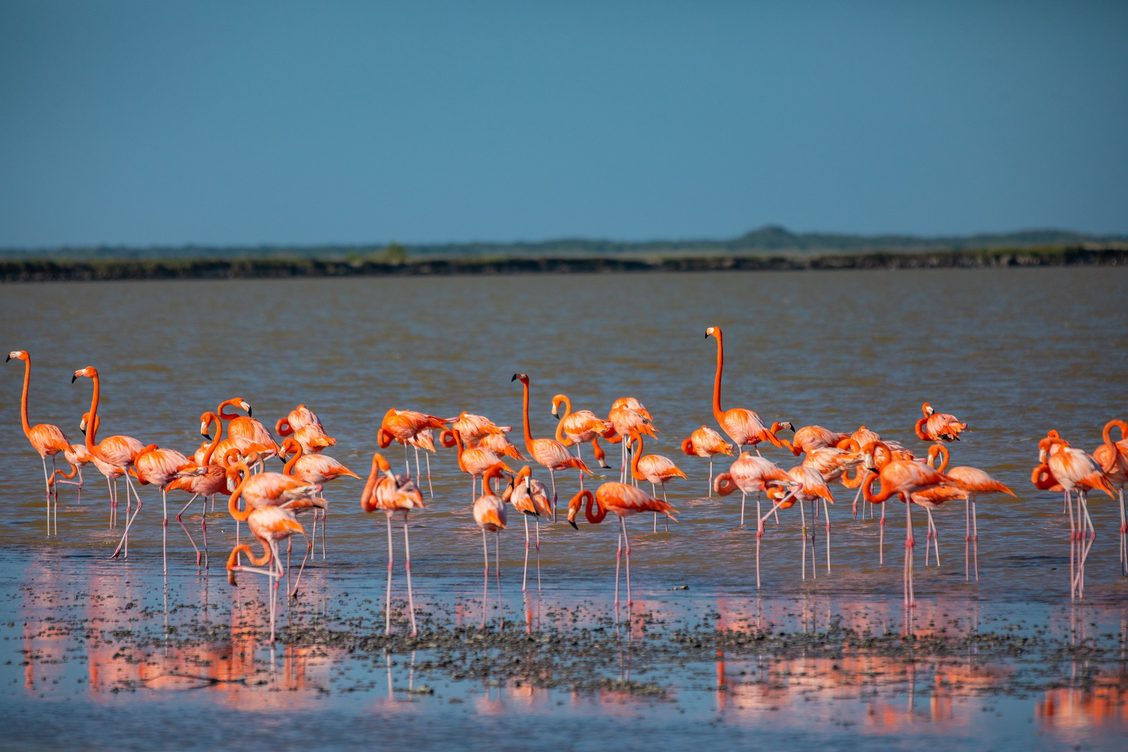 The Yucatecan Riviera and the 3 Treasures of the Yucatán Coast

MÉRIDA, Yucatán — August 24, 2021 — Think Yucatán and, most likely, images of the marvel that is Chichen Itza, the colonial architecture of capital city Mérida or perhaps even the state’s beautiful cenotes will come to mind. Rarely does the hidden gem of the Yucatecan Riviera make the list. Running along some 235 miles of coastline, the Yucatecan Riviera boasts some of the greatest variety of ecosystems and attractions to enjoy between the Caribbean Sea and the Gulf of Mexico. Those looking for a destination less traveled will enjoy exploring these little-known places: the three treasures of the Yucatán Coast.

• Celestún: The ecosystem of this biosphere reserve, located a 59-mile drive from Mérida, is unique due to its mix of fresh water from the Ría Celestún and salty water from the Gulf. Its virgin white beaches and emerald-green waters set the scene for a tranquil visit.

The reserve is a natural stop for more than 400 migratory bird species. Among the most common is the pink flamingo, which nests, feeds and reproduces on this beach. Pelicans, herons and seagulls are also among the other species that can be found here.

The Baldiosera Spring is one of the must-see places in the area. Drive under natural tunnels formed by mangrove branches to get to freshwater springs, for a swim in crystal-clear waters. Also not to be missed is the “Petrified Forest,” a gray, desolate place once home to a huge forest. Today, the contrast between the abundant vegetation and natural life of Celestún and the Petrified Forest is a sight to see.

• El Cuyo Beach: El Cuyo is undoubtedly one of the best-kept secrets of the Peninsula. With a Caribbean spirit, the area offers tranquil waters, wooden houses painted in bright and warm colors, and a lighthouse built on the remains of ancient Maya ruins that can be climbed for panoramic town views, not to mention beautiful sunsets and sunrises, and starry skies. Recently, kitesurfing has grown in local popularity due to El Cuyo’s near-perfect year-round weather. Visitors can also paddleboard and kayak.

• Alacranes Reef National Park: Ecotourism enthusiasts have made Alacranesa popular stop in Yucatán. The park offers reef fishing, diving, flora and fauna observation, boat and motorboat trips, and more. The group of islands is considered the largest coral structure in the Gulf of Mexico. This archipelago is a paradise located a few hours from the port of Progreso. It’s made up of five islets, named Isla Blanca or Chica, Isla Muertos or Desertora, Isla Pájaros, Isla Desterrada and Isla Pérez. The last — with shallow waters or turquoise and white-sand beaches — is the only islet open for camping, with a maximum of 111 visitors allowed per day. The sole inhabitants of Isla Pérez are a variety of birds. The islet is also home to a lighthouse considered an archaeological site by Mexico’s National Institute of Anthropology and History (INAH).

There are no hotels, restaurants, fresh water, electricity or other services on site. It is believed the reef, appearing on maps since the 16th century, was used as shelter from storms for both loyalists to the Spanish crown and pirates. A visit allows for activities such as snorkeling and diving to view majestic “elkhorn” corals and the huge round and ribbed structures known as “brains.” Those diving deeper can discover the remains of 15th century ships and marine fauna like turtles; sharks; fish, including harlequin, cardinal, butterfly and parrot fish; and — with luck — dolphins and manta rays. Access to the reef is only by sea, and Progreso is the main departure point.