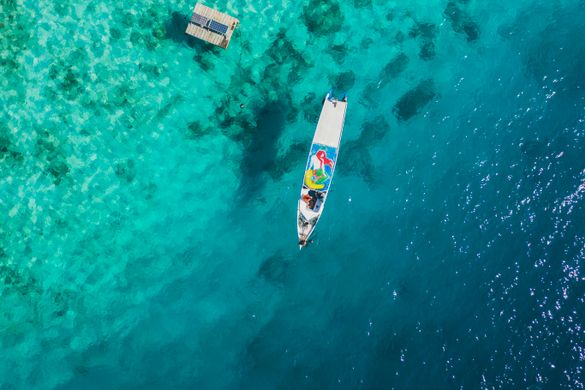 It’s the most wonderful time of the year – but the run-up to Christmas is also rife with unsaid stress. To spread the goodwill cheer a little further this year, adventure travel company Flash Pack is inviting diehard wanderers to ditch the turkey dinner in favour of a life-changing escape.

“Christmas is wonderful when spent with friends and family, but the expectations can sometimes create undue pressure,” says Flash Pack co-founder Lee Thompson. “Escaping the holidays on a solo adventure offers a chance to break free from obligations, meet incredible new people, experience new traditions and carve out a little headspace at one of the busiest times of year.”

Here are ten brilliant solo escapes to whisk you away as the Yuletide madness takes hold: no tears, drama or hangover required.

Who needs Christmas lights when you can stargaze deep in the Dana Nature Reserve? A stay at the world-famous Feynan Ecolodge, an offgrid desert retreat with front-row views of the galaxy, is just one highlight in this eight-day trip to the Middle East. Other headline acts include candlelit walk to the Rose Red City of Petra, an ancient Nabatean kingdom that glows in the reflection of hundreds of lanterns at night. Add in sunrise camel rides and Dead Sea bathing, and you have the recipe for a transformative journey that is about as far from your average office party as you can hope to get.

Christmas just tastes sweeter in the company of fine Stellenbosch wine, savoured in sunshine that nudges the 25°C mark. South Africa is a popular destination during the festive period and with good reason: the fabled Garden Route is at its prime, with long, dry days and spectacular ocean views. When you’re done vineyard-hopping in one of the world’s leading wine regions, you can try your hand at surfing and spy magnificent wildlife via safari game drives on the Eastern Cape. Back in Cape Town, exuberant street parties and world-class fireworks promise a New Year’s Eve to remember.

Peru is a great option for a Christmas getaway, because it treads the balance between escapism and a touch of festivity. December 25 doesn’t mean much in the Amazon, so you can break free with twilight sailing through the rainforest and tropical canopy walks. Then, over in the Andean region of Cuzco, celebrations kick in. Expect elaborate pageants, a crafts fair and even a Christmas fighting tradition in nearby Chumbivilcas, where locals settle old scores. Don’t miss Christmas specialities of hot chocolate and panetón, a Peruvian sweet bread, before clearing out the cobwebs with hiking and biking in the Inca highlands.

The Philippines is home to some of the world’s most intricate Christmas rites. The evocative festival of lights in the city of Makati and San Fernando’s giant lantern festival are just some of the highlights of the festive calendar, along with Simbang Gabi, a series of nine masses with beautiful decorations that take place daily at dawn on the run-up to December 25. You may also get a chance to try festive dishes such as lechon (a whole charcoal-roasted pig) and puto bumbong (sticky purple rice cakes). Dry season is in full swing, making it prime time for Flash Pack’s secret island getaway complete with clear blue seas and early 30°Cs sunshine.

Christmas is not a public holiday in Vietnam but you’ll still find festive light displays in the major cities plus places such as Hoi An – where hundreds of coloured lanterns line the banks of Thu Bon river, elevating the town’s usual display. The festive season here means steaming bowls of phở, cycling and temple visits. There’s also the prospect of delicious headspace as you sail through the ancient karsts of Halong Bay and come hiking in the rice hills of Sapa; minus the humidity of monsoon season. Time it right and hail in the New Year in neighbouring Cambodia, with sunrise and sunset visits to the Khmer jungle kingdom of Angkor Wat.

In search of time out? Kerala is a great place to escape the Christmas mania. You’ll still find festive decorations in India’s green and serene coastal state, but it’s generally a lot more chilled than other destinations at the same time of year. Leave the Baileys headache far behind as you trek the Munnar hills, high above the cloud forest of the Western Ghats. Whether you’re kayaking on the backwaters or grabbing some hammock time on Kerala’s dreamy beaches, there’s plenty of time to reflect on the year gone by. You may also catch the Kochi carnival running in the last two weeks of December, with beach football, art murals and parades.

Mexico at Christmas time equals some seriously delicious food, from tamales to big stacks of bunuelos fried pastries heaped with cinnamon sugar and rompope, an eggnog-style drink that’s often enriched via a healthy dash of rum. Across the country, you’ll find flamboyant nativity scenes, vast markets filled with poinsettias (known as Christmas Eve flowers in Mexico) and children carrying lanterns in traditional “posada” processions. Chill time beckons, too, especially via Flash Pack’s Yucatán Peninsula escape, which comes with wild swimming in emerald cenotes and an idyllic sojourn to the traffic-free island of Holbox.

Well if you can’t beat ’em, join ’em… and nowhere on earth channels the Christmas spirit quite like Finnish Lapland. A world away from bauble-clad shopping malls, Yuletide here is the real deal. Expect magical husky rides in a twilight wonderland, cosy fireside lunches in a Lappish kota and snowshoe treks through forests that could have walked straight off a Narnia set. The long nights of the Arctic winter also offer up the best chance of spotting those elusive and beautiful Northern Lights. The short yet magical break will deliver you right to the heart of a real-life winter wonderland.

Spectacular beach fireworks is one of the delights of visiting Bali over Christmas; and a sea temperature pushing 25°C is not to be sniffed at either. Trade cold wintry nights for the Island of the Gods, with its promise of sunshine beach days and cocktails that are positively overflowing with fresh local fruit. If the lure of a tropical idyll isn’t enough for you, there’s also a chance to clear your head with wellness yoga in the jungle hills of Ubud and a sunrise trek to the summit of volcanic Mount Batur. Part spiritual haven, part beach party delight, Bali has all the ingredients you need to fire up that festive spirit.

Sixteen hours of sunshine a day set the scene for magnificent trekking in Chile’s Patagonia region in December, with clear days and blue skies around the peaks and lakes of Torres del Paine National Park. Meanwhile, a dash of magic is promised with stargazing in the lunar-like landscape of the Atacama desert. In the capital Santiago, a festive spirit kicks into gear with the dawn of both Christmas and the start of summer – great for mooching around party neighbourhoods such as Bellavista. Toast the season with cola de mono, a hot alcoholic punch made with cinnamon, cloves and vanilla sugar. You can always extend your trip to the port city of Valparaíso, host of South America’s largest fireworks display on New Year’s Eve.