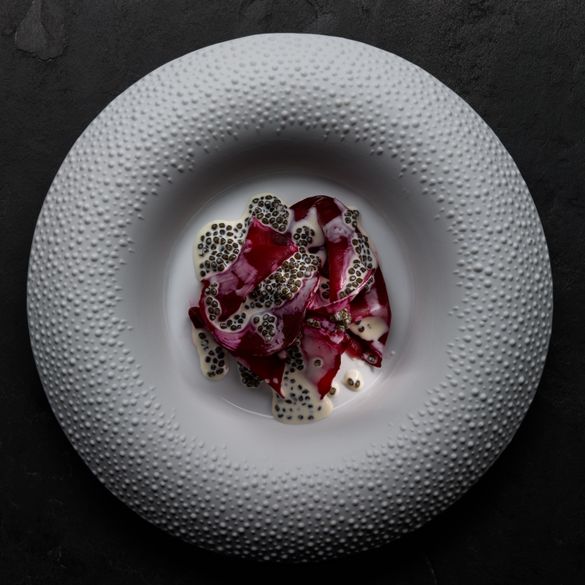 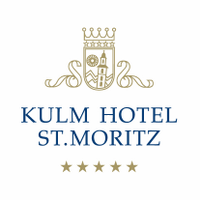 The legendary Kulm Hotel St. Moritz will welcome the three-star Michelin chef Mauro Colagreco this winter season when he takes over the hotel’s restaurant the K. Colagreco, is currently the best chef in the world (according to his peers in the annual Le Chef list), while his restaurant Mirazur in Menton holds the top position in the World’s 50 Best Restaurants list at present.

The K by Mauro Colagreco will open on 15 December (11 days after the opening of the Kulm Hotel’s winter season on 4 December), bringing his innovative creations to St. Moritz until mid-March 2021. Many of his dishes combine his life’s influences – his Italian ancestry, childhood in Argentina and extensive training with top chefs in Paris (such as Bernard Loiseau and Alain Ducasse) – but they also absorb a little something of their surroundings, so diners can expect to sample some spectacular dishes that use local Alpine ingredients.

His food philosophy is all about freshness, simplicity, balance of colour and bringing out authentic flavours. One of his star ingredients is lemon, which makes anchovy fillets set on fried anchovy skeletons pop and sing, while a dish Colagreco simply calls “Green” combines garden peas, fennel and kiwi fruit in a tribute to fresh produce. “Luxus beta vulgaris” is a signature dish that combines the everyday (salt encrusted beetroot) with the ultimate luxury (Oscietre caviar cream).

Said General Manager of the Kulm Hotel St. Moritz Heinz E. Hunkeler, “We are very pleased to welcome back Mauro Colagreco, one of the most successful chefs in the world, to the hotel. In March 2017, we had the honour of Mauro doing a month-long pop-up to help us launch the Kulm Country Club, but this time around he will be with us for most of the winter season. We are very excited by his plans for the K – our guests are in for a treat when they sample the taste explosions on their plates”.

The K by Mauro Colagreco will be open for dinner only, from 19:00 to 21:30 hours, Tuesday to Saturday inclusive. Colagreco will be personally present at the Kulm Hotel on certain dates, otherwise his Chef de Cuisine Paloma Boitier will be in charge of the kitchen. Ms Boitier is a fellow Argentine who has been working at Mirazur for close to five years; as well as being an essential member of the kitchen team, she is also the restaurant’s in-house artist.

Reservations for The K by Mauro Colagreco are now open and can be made by emailing fb@kulm.com

The Kulm has also put together an accommodation package that includes a sweet treat on arrival, a tasting menu dinner for two at The K by Mauro Colagreco (excluding wines) and overnight accommodation followed by a sumptuous breakfast buffet. Prices start from CHF 1490 (approx. £1200) for two people sharing a superior double room with panoramic views over frozen Lake St. Moritz and the Engadine Valley. Also included in the rate is unlimited access to the 2000 square metre Kulm Spa St. Moritz and free use of the hotel’s private ice rink.

Mauro Colagreco was born in October 1976 in Argentina of Italian ancestry. In 2001, he moved to France to train at the Lycée Hôtelier de la Rochelle, followed by stints working for the great chefs Bernard Loiseau, Alain Passard, Alain Ducasse and Guy Martin. In 2006, he decided to open his own restaurant, Mirazur, in Menton. A year later, it gained its first Michelin star and in 2009 Colagreco was named “Chef of the Year” by Gault Millau. Last year, Mirazur was awarded three Michelin stars and was named the No.1 restaurant in the World’s 50 Best Restaurant list.

Kulm Hotel St. Moritz (www.kulm.com) was the first hotel to be built in St. Moritz. The Kulm Hotel opened its doors in 1856 and immediately became popular for summer spa and painting holidays, particularly among the British who comprised around 75% of the hotel guests. The then owner of the Kulm Hotel, Johannes Badrutt, initiated winter holidays to St. Moritz from 1864 and, as a result, the hotel, resort and Switzerland itself celebrated 150 years of winter tourism in the 2014/15 season.

Since the 19th century, the Kulm Hotel has changed considerably through expansion and renovation, but the fabulous location at the heart of St. Moritz with views over the Lake remains the same. A member of The Leading Hotels of the World, Kulm Hotel St. Moritz has 164 rooms, five restaurants (including formal dining in the Grand Restaurant, the k by Mauro Colagreco, the Italian Pizzeria with 14 Gault Millau points and local Engadine specialities at Chesa al Parc), the extensive  Kulm Spa St. Moritz (with a 20m indoor pool with underwater music, various saunas and steam room, a Jacuzzi, a fully-equipped gym and treatment rooms, all with stunning views over Lake St. Moritz) and six conference rooms, with capacities ranging from 50 to 500 people.

Recent awards for the Kulm Hotel St. Moritz include:

In May 2016, Jenny and Heinz E. Hunkeler of the Kulm Hotel St. Moritz were named “Hoteliers of the Year 2016” by leading Swiss newspaper SonntagsZeitung, which publishes annual Hotel Rating Awards, the only honours sanctioned by Switzerland Tourism, the national tourist office.

Both the Kulm Hotel St. Moritz and its sister property Grand Hotel Kronenhof are owned by the Niarchos family.